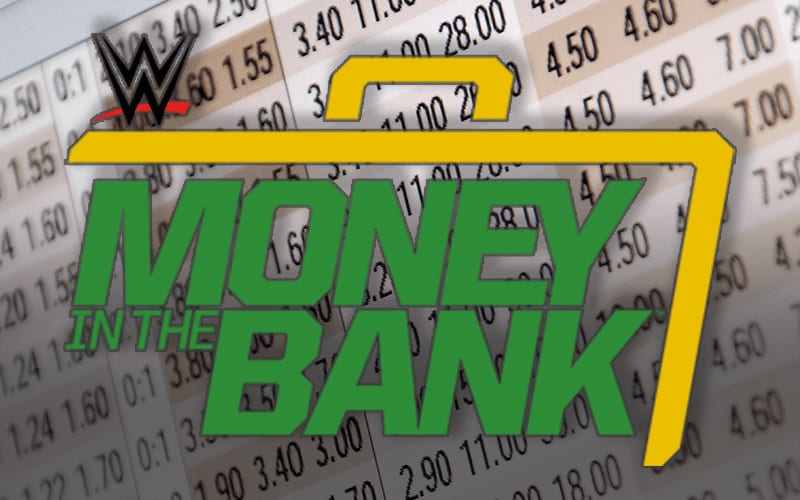 WWE Money In The Bank is going down tonight live from the Performance Center. The two marquee ladder matches were recorded weeks ago at WWE HQ in Stamford, and there are some clear favorites to win tonight according to the latest betting odds.

BetOnline.AG has the latest Money In The Bank betting odds. It’s very clear that AJ Styles’ entry in the MITB ladder match changed the field a lot. The Phenomenal One is currently listed as the favorite to win the Men’s Money In The Bank match.

Asuka and Shayna Baszler are both tied as most likely to win the Women’s Money In The Bank briefcase this year. Carmella is the least likely, and if she wins anyone betting on her will know that Mella is Money.

Drew McIntyre won the WWE Title at WrestleMania. According to the betting odds, it’s likely he will keep that championship as he battles Seth Rollins.

The Universal Title match is still a dead heat. There is no clear winner between Bray Wyatt and Braun Strowman. Click here for our exclusive news on WWE’s plans for their future.

Bayley is most likely to defeat Tamina Snuka at Money In The Bank. Tamina might not be likely to pull down the SmackDown Women’s Title, but her 10 year anniversary with WWE is coming up soon so she will have plenty of reasons to celebrate either way.

WWE Money In The Bank starts tonight at 7:00 PM EST. There is a one-hour kickoff show that begins at 6:00 PM EST. We will have full coverage right here at Ringside News.