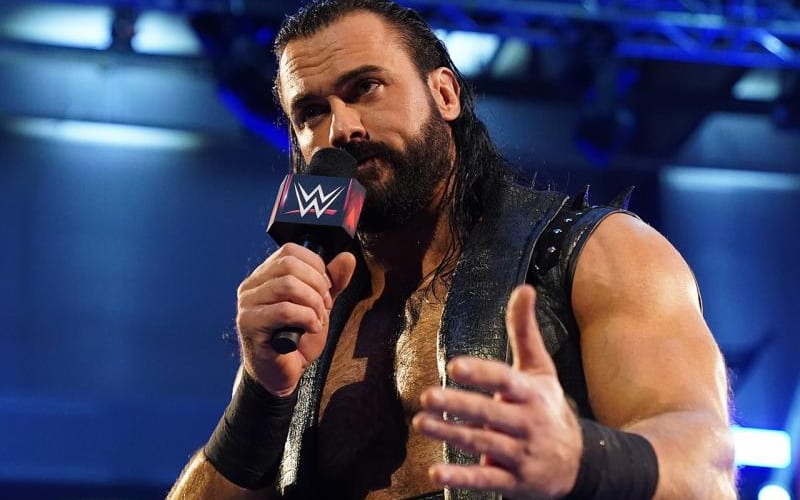 Drew McIntyre is WWE Champion and he really wants to represent that title proudly in front of United Kingdom fans. This is an idea he’s not letting go of until it happens.

While speaking during WWE’s Virtual Round Table, McIntyre opened up about his desire for WWE to hold a pay-per-view in the United Kingdom. It’s something he brings up whenever he can. Once things go back to normal, he plans on rallying people even harder toward that goal.

“That’s something I’m not just visualizing. It’s something I’m actively working and pushing and talking about whenever I do UK media. I’m always trying to think outside the box. I’m trying to get — Tyson Fury seems to want to get involved in something.”

“If it takes getting a battle of Britain going to get a UK PPV, I don’t care. Just, all that matters is when the things get back to normal I want to get back home, I wanna get all five of us on an open top bus from the top of Scotland, take it right down through the UK to the bottom of England on a big tour. Get the country rallied up, tell the world this is where there should be a PPV.”

Tyson Fury seems open to face Drew McIntyre in the ring. We’ll have to see if that’s a possibility. The world’s current situation with travel bans is certainly causing a lot of headaches when it comes to holding events, especially international ones.

Do you think a WWE pay-per-view in the UK sounds like a great idea? Sound off in the comments below!