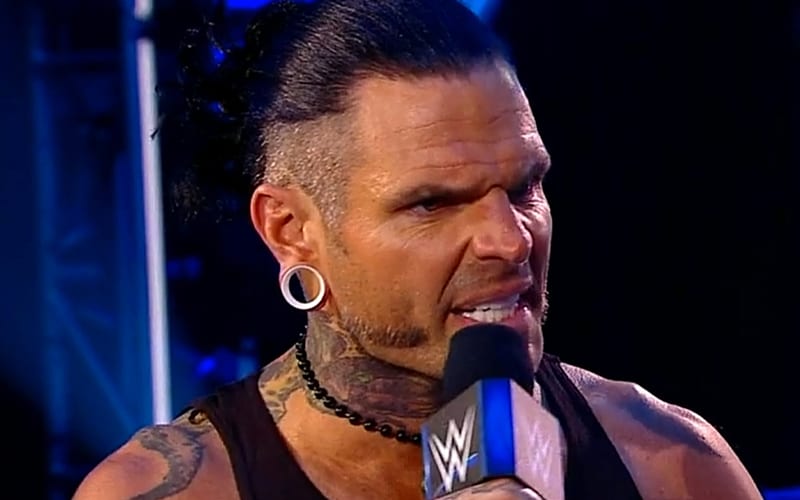 Jeff Hardy returned for a match a few weeks ago and he won his match with a Twist Of Fate. In a very interesting note, Michael Cole called that move the “Twist Of Fury” twice. The name change was pretty apparent and fans weren’t happy about it.

Jeff Hardy returned to SmackDown this week. He did an interview with Renee Young and then Sheamus came out. After they traded some words on the microphone, Sheamus entered the ring. This is when Hardy attacked.

The returning Hardy hit Sheamus with some signature moves including a Whisper In The Wind and a Twist Of Fate. Michael Cole called the move as a “Twist Of Fate.” It seems that they ditched the Twist Of Fury name change.

Matt Hardy commented on the name change when it happened. He made it very clear that he had nothing to do with the name change and WWE was free to use Twist Of Fate as they wish. Now Jeff Hardy’s finisher has the old name once again.