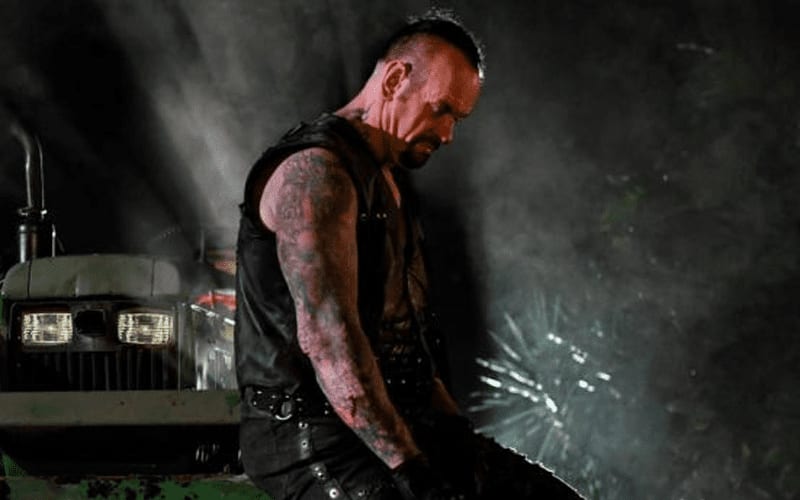 The Undertaker is a shoo-in for the WWE Hall Of Fame and his legendary career will live on forever. He might not be able to end things on his terms.

While speaking to ESPN, The Deadman opened up about his Last Ride docuseries. He stated that he has far more matches behind him than he does in front of him as well. This was something that played into why the five-part documentary series exists.

When it came to discussing his final match, he has questions. The Undertaker isn’t certain he will be able to perform in the match that he wants in his final outing.

“It goes without saying that I have far more matches behind me than I do in front of me, I think for the very reason I protected this character for so long is why I felt like this docuseries was the thing to do, because I don’t know how much there is left.”

“You have to be honest with yourself. It just may not happen the way you want it to. I think that’s part of the intrigue of this. Do I have the opportunity to have that match? Are my skills still at a level that will allow me to have that match? That’s me being as open and honest as I can be right there. I’ve got some pretty good matches that I have to grade things against. I have to grade on a curve now…Those are things that I have to struggle with. I have to look at things in a very realistic manner in terms of where I’m at with my age and my injuries.”

The Undertaker defeated AJ Styles at WrestleMania 36 in a Boneyard Match. Styles stated upon his own WWE return that all Taker did was throw some dirt on him.

We’ll have to see when The Undertaker really takes his last ride. Let’s hope WWE can do something for him that is fitting to his historic career.

Who would you book as The Undertaker’s final opponent? Sound off in the comments below!