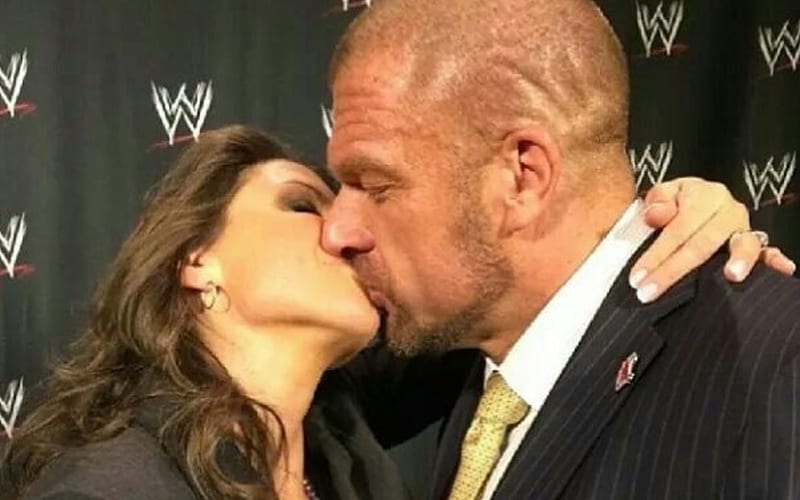 Stephanie McMahon experienced a lot of things on WWE television. She’s been humiliated, praised, and even kissed her future husband for the first time twenty years ago.

While speaking about their relationship on WWE Untold, Stephanie McMahon revealed that Triple H kissing her during his entrance at the 2000 Royal Rumble pay-per-view was their first kiss. Stephanie McMahon stated that she didn’t know if it was The Game kissing her in character, or the man named Paul behind The King Of Kings.

The one thing Stephanie McMahon knew for sure was that she liked it when Triple H kissed her. The butterflies in her stomach made her very aware of that.

“I walked Triple H out in the entrance way and he kissed me.”

“That was the first time he had ever actually kissed me on the lips, and it kind of took me back because I knew it was in character but was it really in character?”

“I kind of had the butterfly moment.”

The kiss from Triple H obviously led to more. The couple have been married for years and have three daughters. It’s interesting to know that it all started right in front of the WWE Universe even if fans didn’t realize what was really going on.

What’s your favorite moment with Triple H and Stephanie McMahon in WWE? Sound off in the comments below!

Thanks to The Sun for the quote