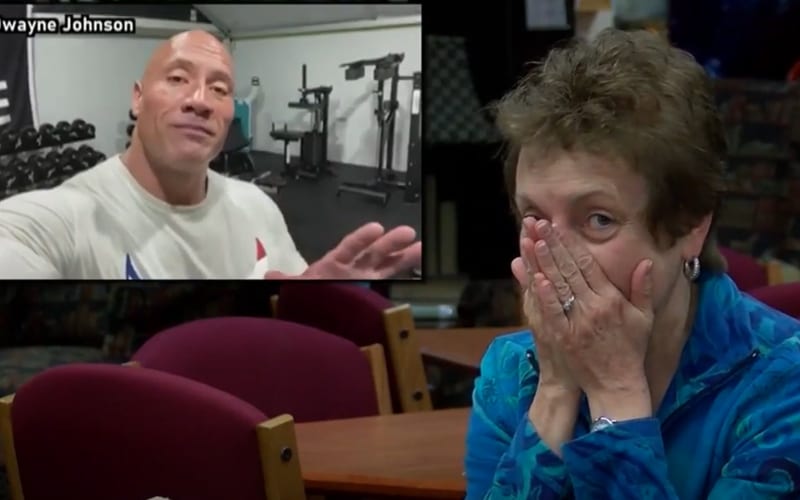 The Rock is always moving. He recently took some time to thank a school teacher for her years of service in the education field. Carol Propst is a super fan of Dwayne Johnson and she wasn’t expecting this surprise on her last day at work.

WCYB News posted a video of Ms Propst’s amazing reaction when she realized that a letter she received was really from The Rock. He appeared on a screen congratulating her on retiring from school teaching, and she was very surprised.

This all started in 2011 when Propst took students to go see Fast 5. She became a huge fan of The Rock after that. After 39 years in education, Propst was set to retire, so fellow teacher Noah Ashbrook tweeted at The Rock. He just wanted an autograph at first, but they got so much more from The Great One.

It’s nice to see The Rock doing things like this. He didn’t have to take the few seconds out of his day that it took to record that video, but it certainly meant the world to Carol Propst.