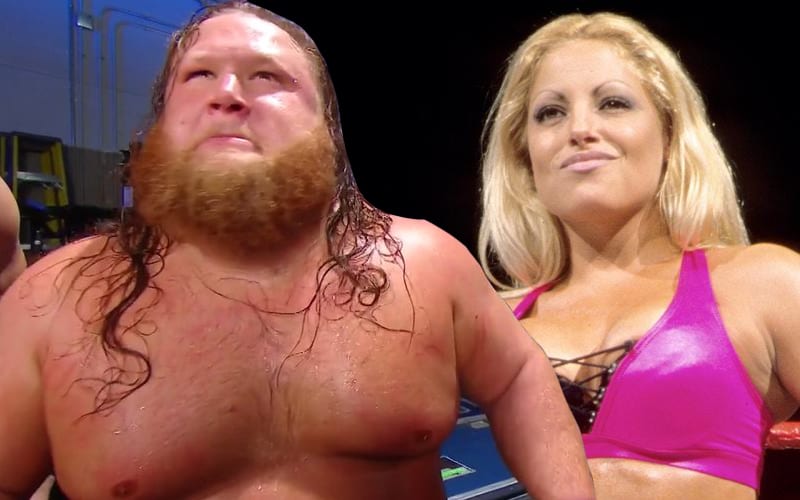 Otis is a long-time WWE fan. When he was a little fan, he was into Trish Stratus like so many others back in the day. That got him into a bit of trouble before.

While speaking to Digital Spy, Otis explained that he was a 200-pound 5th grader. He was at a WWE live event and went running to slap Trish Stratus’ hand at the barricade. Then he was speared by a security guard because he looked like an adult running to get some Stratusfaction.

It wasn’t a total loss for Otis as he remarked that he got better tickets out of the ordeal.

“So yeah I made a sacrifice, got speared. But after that spear from the guard we got first row tickets. So it all happened for a reason.”

“I’ve never told Trish that story in person. It’s hard for me to talk to her as a lady I’ve watched for years in the Sports Entertainment world. It would be a good way for me to express… you know, without really talking to her in person.”

Maybe one day Otis will be able to personally tell Trish Stratus about this funny little story. Odds he’s not the only fan who was speared by security due to Trish Stratus. He’s the only WWE Superstar to come forward with that kind of story so far.