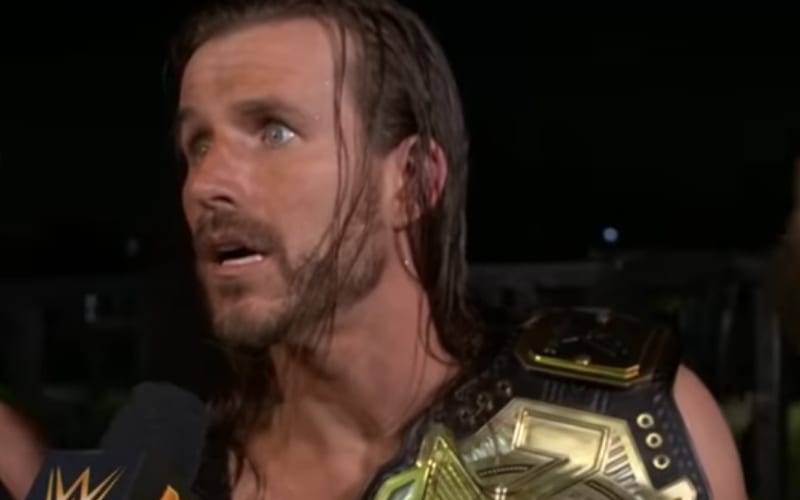 WWE NXT saw an NXT Championship match headline the show. Velveteen Dream was unable to win Adam Cole’s title. If you ask the Undisputed Era’s leader it’s all over for Dream.

Following his match, Adam Cole put over the cool moments in his own career. He also made it very clear that Velveteen Dream isn’t coming close to his title again.

“I gotta be honest because I’ve been in a lot of really, really cool moments in my career. Like for example, number one has gotta be forming The Undisputed Era, especially when you [Strong] joined. I mean that was the greatest day of not just my wrestling career, but my life. And then this day happened. Because seriously, everybody… everybody told me The Velveteen Dream is going to become the new NXT Champion. Nobody would listen to me. Nobody listens to facts and the fact is, I’m the longest-reigning NXT Champion of all-time. Of all-time. And guess what? Big shock. It’s not over, it’s never gonna be over.”

“He [Dream] is over. He will never challenge me again for this NXT Championship. I’ve beaten everybody there is to beat, so I think it’s about time we retire this championship and name it The Adam Cole Championship. That would be appropriate. Again, I know you had all the riveting, hard-hitting questions, but we’ve answered all of them and we’re going to go celebrate. And that is undisputed.”

Adam Cole was very confident in himself. He had all the reason in the world to be happy with himself. He was able to keep the NXT Title through a difficult situation, but Velveteen Dream’s mission might not be totally done yet.

Do you think that Velveteen Dream will become NXT Champion? Sound off in the comments below!