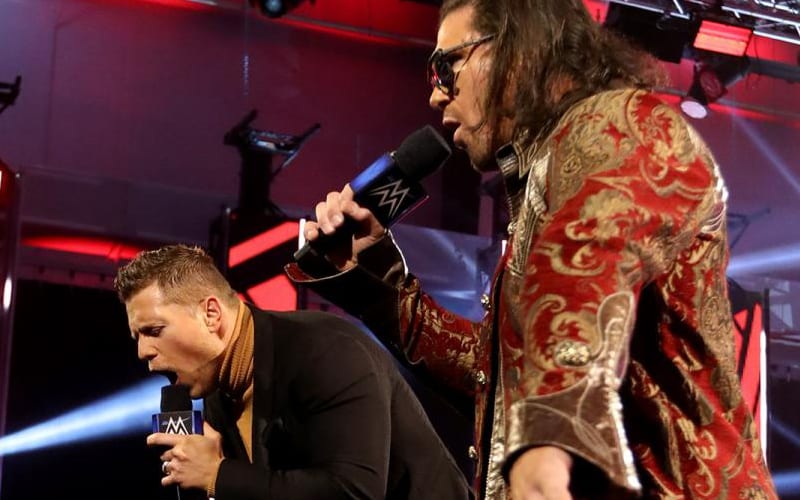 The Miz and John Morrison have a combined 35 years of pro wrestling experience between them. They are the veterans going into their match at Money In The Bank. The A Lister and Johnny Drip Drip have a plan to win those SmackDown Tag Team Titles again.

The Miz and Maryse appeared on WWE The Bump via webcam. Miz revealed that his plan is to team up with the other heel team in the match and take out the babyfaces. This will leave the veterans to take over.

“No it’s not [fair]. A traditional tag team match would be the fair way to do it. We haven’t had a traditional tag team match except for the one we won the SmackDown Tag Team Titles in. We are proving that we are the most dominate in the entire sport. Nobody’s allowing us to do that because they keep putting us in these hosh-posh kinda things in. Elimination Chamber match here. Ladder match there. Singles ladder match — let’s do that. Now let’s do a fatal four-way.”

“One thing’s for sure, Miz and Morrison, we’re on the same page. We know what we have to do.”

“We’re trying to get aligned with Forgotten Sons. Take out the New Day, take out Lucha House Party and then it’s down to just us two and the veterans are gonna take over.”

There’s a chance that the Forgotten Sons will see this interview on WWE The Bump and they will be smartened up to Miz and Morrison’s plan. Let’s see what happens when Money In The Bank goes down this Sunday.