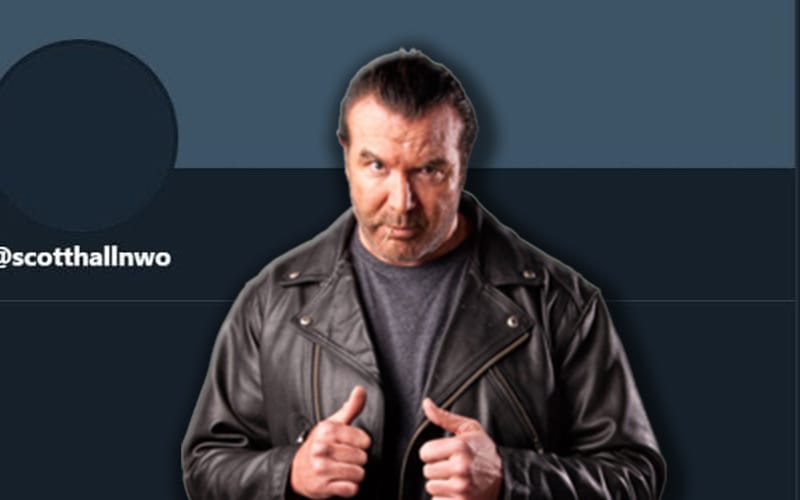 Scott Hall got involved in a little altercation with Session Moth Martina this week, but it wasn’t a pro wrestling storyline. Sessions made a joke about a broken promise and Hall retaliated by calling her a “dumb bitch.” Now Scott Hall is apparently gone from Twitter.

Martina tweeted out a response to a picture of Razor Ramon. The tweet asked what the picture reminded people of. Her response was: “He once offered to buy me a boobjob on Twitter but never followed through.”

Hall replied with: “You need a personality transplant you dumb bitch.” This resulted in some backlash from fans who didn’t appreciate him calling her that name.