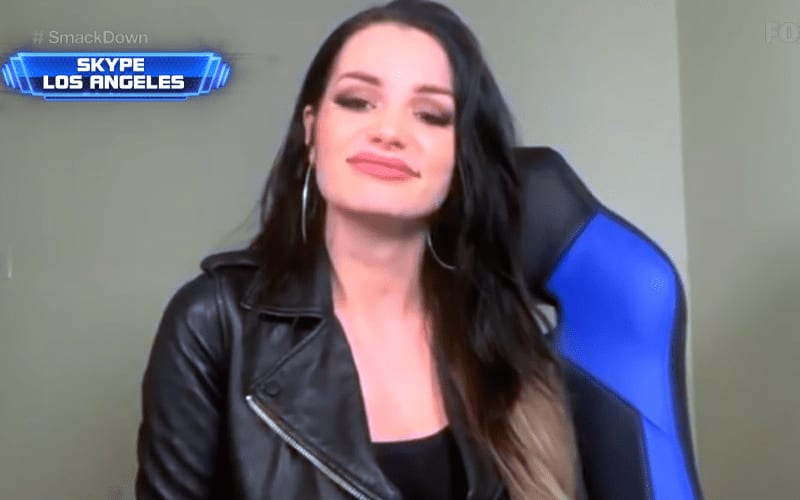 WWE Backstage’s crew is ready for this week’s episode. The show will air at 11:00 PM EST on FS1 right after a loaded block of WWE programming. Paige is ready for the show this week and she’s already having some fun.

Paige tweeted out a photo of WWE Backstage’s webcam production meeting. She is the only one who put a filter on her face, but she’s never been one to blend into any crowd.

Okay meeting time for @WWEonFOX backstage!! I’m backkkk and with a different filter…

Paige will likely have a good time on WWE Backstage tonight. She spent some time in the morning playing video games on Mixer before jumping on this webcam meeting for the show. On that note, click here to watch Paige cuss a lot while playing video games.