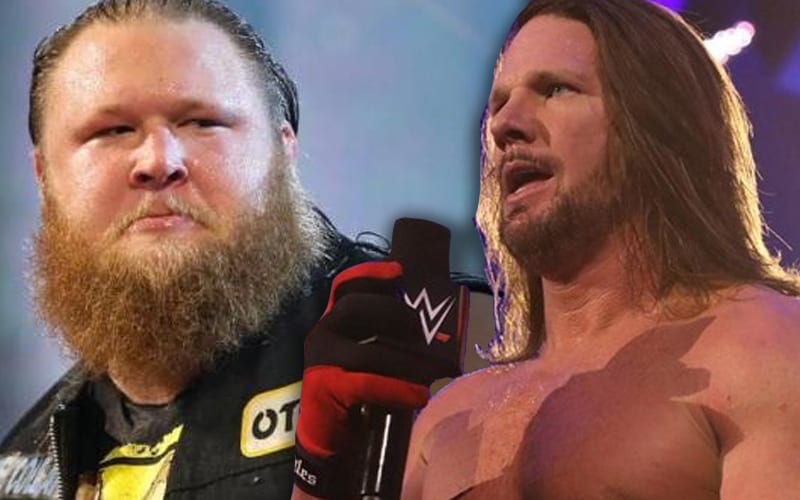 Following his big return on WWE RAW, AJ Styles was asked about his strategy for the Money In The Bank ladder match. Styles plans to get a map of WWE Headquarters and pick the best way to the roof.

AJ Styles also stated that he might take the stairs. He said it could be quicker, especially if you’re on an elevator with Otis. He continued to rub it in with a joke about the Heavy Machinery member’s weight.

This was the first interview that AJ Styles cut by himself in a while. He still had his OC t-shirt on despite Luke Gallows and Karl Anderson being released from WWE. Styles also previously stated that he will still wear the OC’s gear for the time being.

Do you think AJ Styles will become Mr. Money In The Bank? Sound off in the comments below!