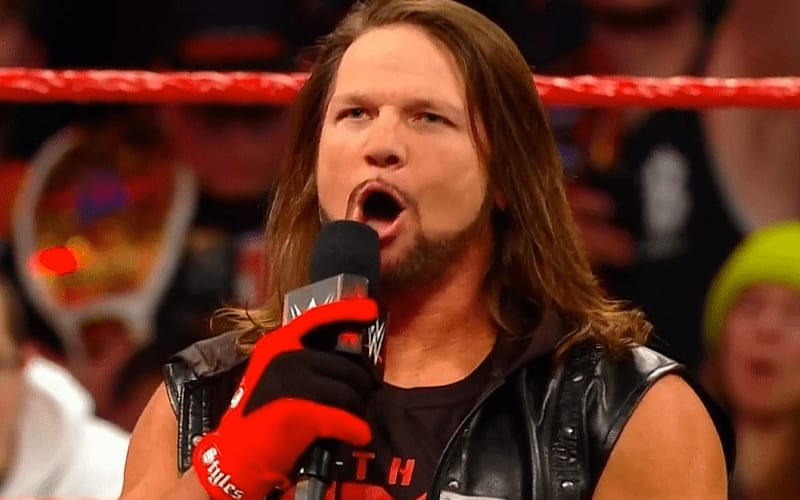 AJ Styles is returning to WWE Raw this week. That was not WWE’s original plan.

While speaking on the Sunday Night’s Main Event podcast, Dave Meltzer discussed The Phenomenal One’s return. He stated that things had to be changed for Styles’ planned return.

It was said that WWE originally planned for AJ Styles to be out action following WrestleMania for much longer. They are bringing him back early and it could be in an attempt to boost ratings.

It was also speculated that WWE might think about turning AJ Styles babyface since Luke Gallows and Karl Anderson are no longer around. That might not be possible considering the depth of their heel roster. He could be added to the Money In The Bank match. Apollo Crews was taken out of picture and they have a gauntlet match slated for this week.

WWE Raw has earned under 2 million viewers for the past couple of weeks. They could certainly use the boost in viewership.