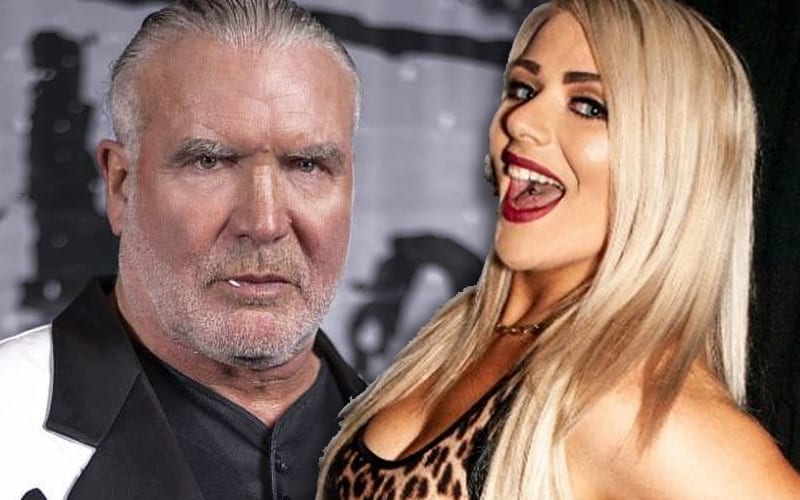 Scott Hall is a WWE Hall Of Famer and many fans have memories of The Bad Guy in the ring. Session Moth Martina remembers Hall for a very different reason.

Martina replied to a tweet featuring a picture of Hall that asked “What comes to mind when you think of this man?” Session Moth Martina only had one thing to say because Razor Ramon apparently promised her a boob job once upon a time, and he never delivered.

Martina also included a sad emoji. Scott Hall didn’t think this tweet was too funny. He replied back and called her a bitch while saying she needs a personality transplant.

You need a personality transplant you dumb bitch

This was a pretty big shot from Scott Hall. Odds are Martina isn’t getting that boobjob any time soon.