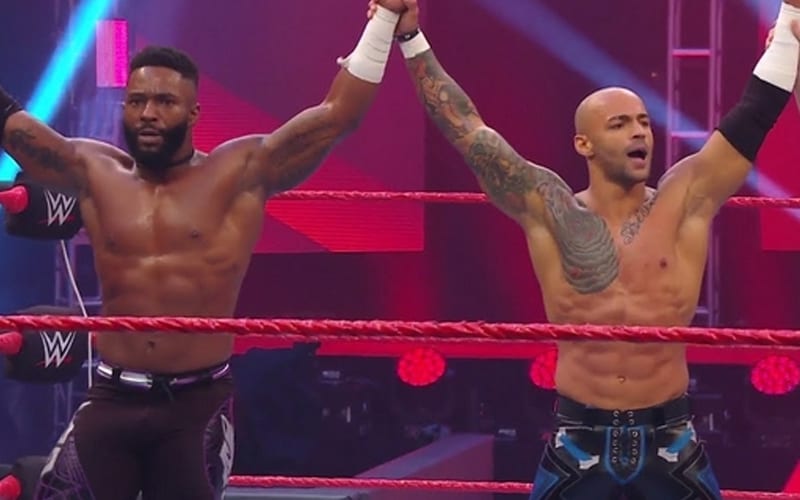 Ricochet and Cedric Alexander are now a tag team. We’re haven’t seen their new tag team name made official just yet, but fans have an idea they’re going to called 2 Fly.

The One And Only had an idea for new entrance music. He pitched the idea to Cedric Alexander, but it didn’t get the best response. The issue might be that Ricochet sang (in the tune of Reading Rainbow’s theme song) that he can fly twice as high as Alexander.

I thought me and @CedricAlexander needed a entrance theme for the both of us. So what do you all think of this new theme I just made up earlier?? I think he likes it.

Cedric didn’t really like that theme song, so it’s back to the lab for Ricochet so he can whip up something new. Ricochet tried to get Cedric to ignore the words, but it didn’t seem to work.

You can check out the video below. The two get along and have good chemistry in and out of the ring. Let’s see if WWE eventually gives their team some original music.