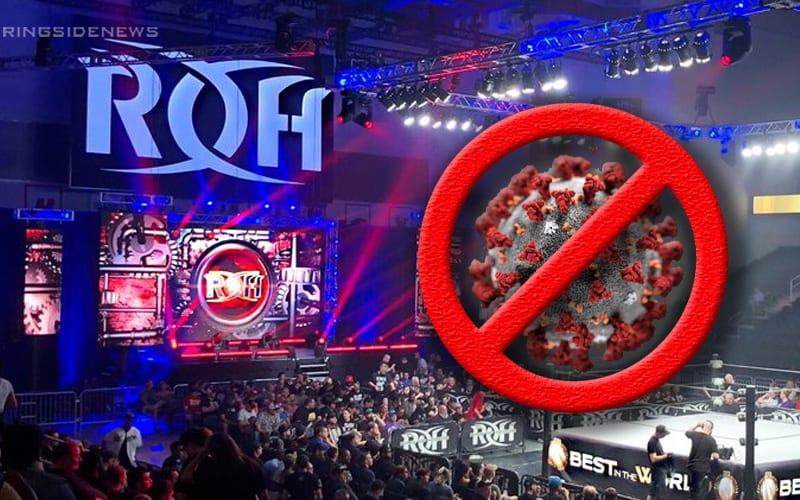 ROH had to make a tough decision when COVID-19 ruined their plans. They had to call off a lot of events, but they have no plan on shutting down entirely.

While speaking to PW Insider Elite audio, ROH COO Joe Koff stated that nobody wants to come back more than him. He is also very concerned about when he can see his granddaughters again due to the COVID-19 social isolation recommendations.

Koff stated that they are in contact with the wrestlers and had a great town hall meeting just recently.

“We’re using technology to communicate with our wrestlers. We did a whole Zoom town hall last week that was fantastic. We’re gonna figure this out, and we’re gonna come out stronger from this, but I’m taking this as an opportunity to learn about myself, to learn about our company, to learn about the world what we can learn about it and make sure that we don’t make the same mistakes twice.”

ROH knew that they needed to cancel their Super Card Of Honor event very early. The amount of overseas talent coming in just couldn’t participate. That would make the show too difficult to produce. When it comes to reopening, they want to make sure that everything is as safe as possible.

“I mean, there are so many things that are beyond the promoter. I mean, we’ll just have to wait and see. We do have a lot of international talents. That is one of the reasons we made that decision so early on Super Card [Of Honor]. At that point the Orient and those countries said no, no, no travel and then England shut down and then Europe shut down and you know, we’ve all got to get comfortable and we’ve all got to be knowing that when they step on a plane they’re at their healthiest possible. While they’re flying 8 hours, or 12 hours, or 2 hours, or even an hour — that they’re safe as possible.”

ROH doesn’t plan on releasing any stars. They might be closed down for a few more months, but Joe Koff seems very confident about the future of the company.