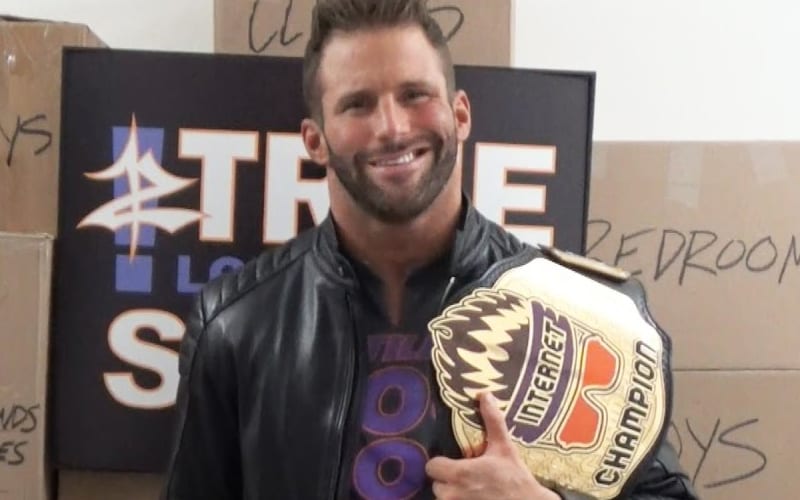 Zack Ryder carried around the Internet Title, but it never appeared on WWE television. There is a reason for that because he was told that the title made him a “mark for himself.”

Matt Cardona revealed during an Instagram live Q&A that the he was never granted approval to wear that Internet Title on television. He saw it as an accessory and the former Ryder never saw himself as a “Million Dollar” champion. It still never got the green light from WWE.

“So I was presenting it to someone to, you know, to get approval to wear it on television. I was denied and I was told that I’m a mark for myself, which isn’t true. But like I said, I didn’t actually think I was the Million Dollar Champion or the Internet champion. I explained. It’s just like the Million Dollar Championship, right? It’s an accessory. It’s cool because with a gimmick and you could have sold these things. You could have made a killing selling these things, the foam, the replicas. But that did not happen. I never wore that on WWE programming, but it’s in the video game. There’s a T-shirt with it and my action figure. but I never wore it on TV.”

There’s a very strong possibility that the Internet Title will be back. Matt Cardona registered a trademark for it. He also tweeted out a teaser which included his updated MC logo imprinted on a title belt.

Do you think WWE left a lot of money on the table by nixing the Internet Title? Sound off in the comments below!