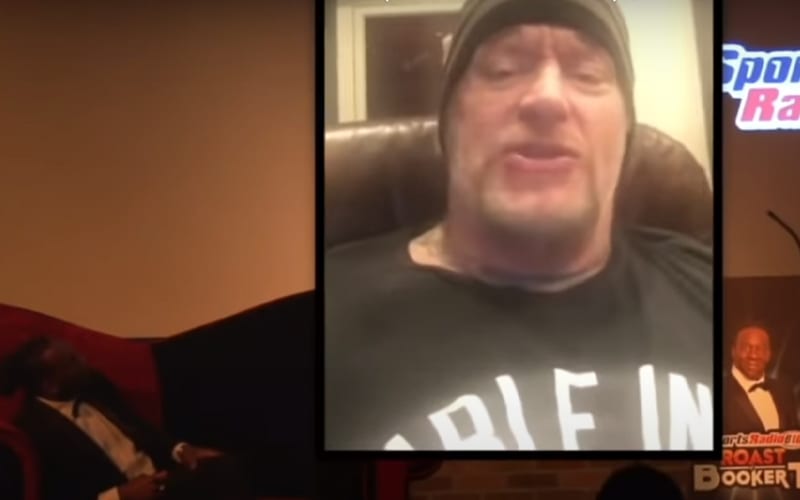 The Undertaker is coming out of his shell more and more. Now you can see if the Deadman has jokes.

Roasts are always fun. People gather to destroy someone they love emotionally for the sake of having a laugh. It’s always a good time to pick apart someone’s insecurities and display them for all to enjoy. That’s what roasts are all about.

Booker T put himself up in front of a dais of roaster and The Undertaker had some fun at the 2x WWE Hall Of Famer’s expense. The Phenom appeared via a video message, but he had a lot to say.

This video is a bit dated. It took place at the Houston Improv on November 10th, 2016. The footage just debuted on Booker T’s Reality Of Wrestling YouTube channel this evening. It was nice of them to finally reveal the Booker T roast. Each roaster is separated into different videos. They put every one up on the Reality Of Wrestling YouTube which you can check out here.