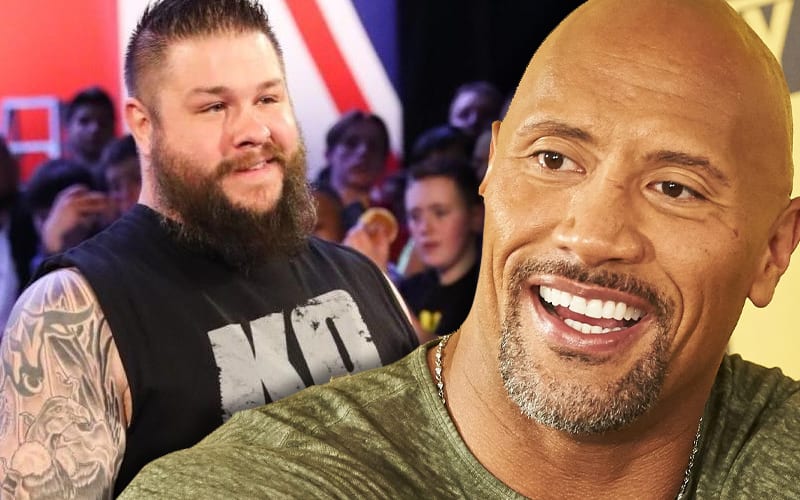 The Rock turned 48 years old this week and The Great One had a slew of birthday greetings that needed to be answered. He finally replied to Kevin Owens’ great tweet yesterday where KO stated that he was going to send Dwayne Johnson some bird feeders. The Rock might have his reservations.

Apparently, Kevin Owens sent bird feeders to The Rock before, but he forgot to empty them. Dwayne Johnson joked that he received some extra surprises in the form of dead birdies from Owens the last time around. Since they’re friends he’ll give him another shot.

Please don’t. The last bird feeder you sent, came with birds inside. Dead birds. But we’re friends, so fuck it go ahead and send some more feeders.
Thanks for the birthday love, brother

Kevin Owens responded to his buddy The Rock and claimed those birds were plastic. He thought they would match Dwayne Johnson’s current ascetic.

Those were plastic!!! I thought they’d go well with your decor.

Kevin Owens is currently out of action with an ankle injury. It’s unclear how long he will be out of action, but he injured himself during his WrestleMania match against Seth Rollins. He will have plenty of time for bird watching.

What would you do if Kevin Owens sent you dead birds in the mail? Sound off in the comments below!