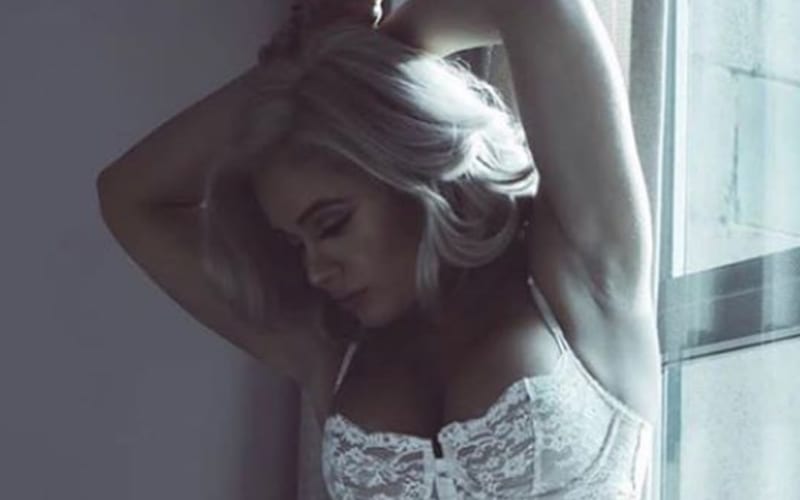 Scarlett Bordeaux is no longer the Smoke Show in Impact Wrestling. She’s about to start heating up WWE NXT in a big way. Bordeaux got started early on Instagram.

Bordeaux and her real-life boyfriend Karrion Kross are set to make their official WWE NXT debuts next week. Kross used to be “Killer” prior to WWE, but that death-influenced name obviously didn’t pass WWE’s TV-PG mindset.

Ahead of her big WWE NXT debut, Scarlett Bordeaux dropped an incredible photo on Instagram. It appears that she could be in a hotel room, but her clothing attire is what really caught a ton of fan attention.

Odds are the WWE Universe will get used to seeing Scarlett Bordeaux around. We’re not even 100% what they will call her in NXT yet, but she’ll always be a Smoke Show to us.