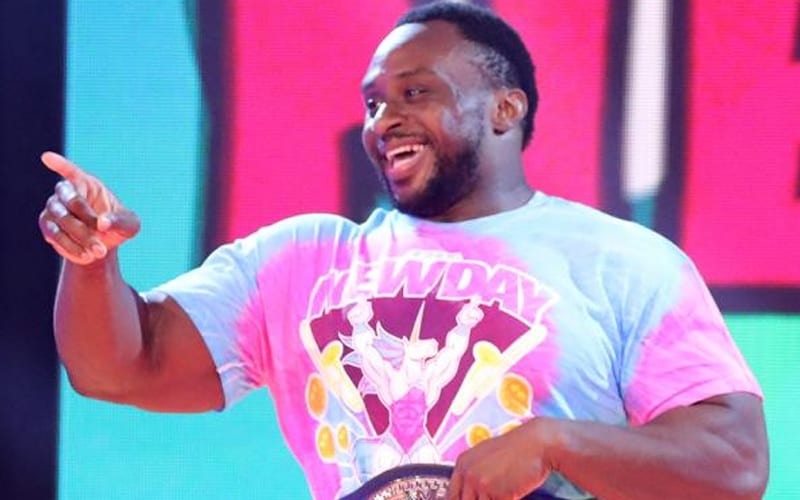 WWE fans were coming off the high in the wake of KofiMania this time last year. Kofi Kingston was WWE Champion and fans were still very excited to see his long journey culminate at the show of shows. The New Day stood by Kofi’s side the entire time and supported him. Is it Big E’s turn next?

During WWE The Bump, Matt Camp asked Big E if he’s ever thought about being in the same spot Kofi Kingston was in this time last year. Of course Big E has thought about it, and he considered it “a dumb question from a dumb man.”

If Big E could carry a top title in WWE while Kofi Kingston and Xavier Woods are by his side it would be something amazing. Big E has most certainly thought about this before as he exclaimed.

“Of course I thought about it. I tell people time and time again: ‘I show up and I do my job the best I can on a nightly basis. It doesn’t matter if there are no fans, if there are fans, if it’s backstage, if it’s digital, if it’s The Bump. Whatever it is — I’m not saying I’m the best around, I’m not saying that — but, I’m saying I’m giving you my all! I’m giving you what I got!”

Big E has a lot to give and he continues to do whatever he can to entertain fans whenever he is in any size of spotlight. Perhaps all that effort will eventually see Big E holding a top title in WWE. He would certainly welcome the idea.

Do you think Big E will become WWE Champion? Sound off in the comments below!