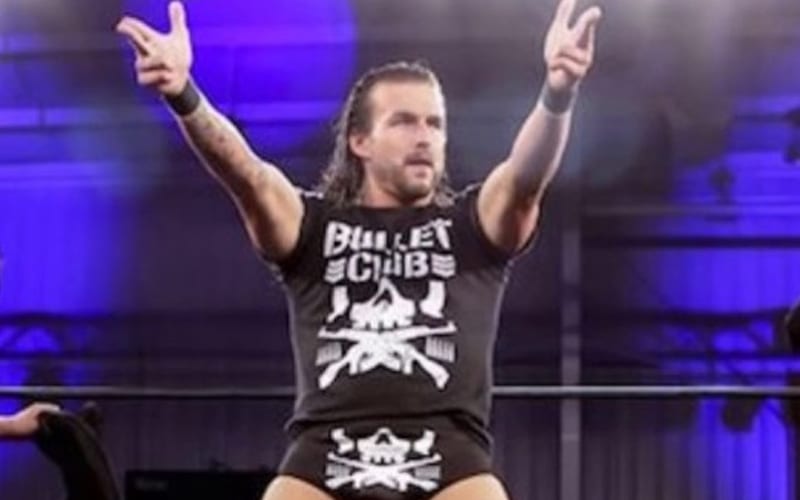 Adam Cole had to leave the Bullet Club before he joined WWE. He might miss his old friends, but company lines separate them. In a very strange move, Adam Cole’s Bullet Club merch is back, bay-bay.

Cole uploaded a new version of his older Bullet Club t-shirt to PW Tees. He is still under WWE NXT contract. He is still the NXT Champion, but now fans can buy a throwback Adam Cole shirt as well.

Cole was killed off from Being The Elite, and his death was mentioned briefly by his girlfriend Britt Baker when she debuted on the popular internet show. It’s still an inside joke on BTE that Cole is deceased. Let’s see if he ever gets resurrected. This Adam Cole Bullet Club t-shirt certainly reminds us of the days when he was still alive and well.

Do you miss Adam Cole in the Bullet Club? Is he better off with the Undisputed Era? Sound off in the comment below!