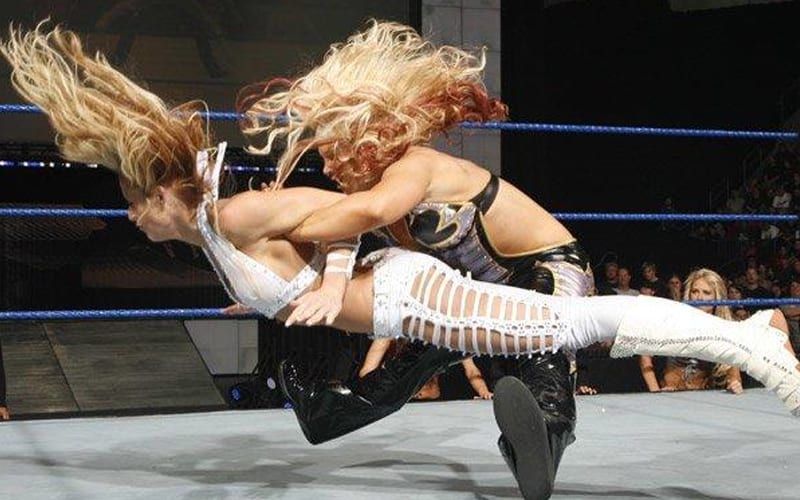 Pro wrestling is very unpredictable. Injuries can be unavoidable at times, but sometimes they are due to not protecting your opponent. In rare instances, there can be a question about whether it’s done on purpose.

During a recent interview with Nine Line Apparel, Michelle McCool retold a story about an unfortunate accident in the ring. She was concussed after taking a Glam Slam from Beth Phoenix. The biggest issue is that McCool has an idea that Phoenix did it on purpose.

“The first time I wrestled Beth. Her finisher. She hooks your arms and faceplants you. Well, she didn’t unhook my arms. Don’t know why. She definitely knows how because she had plenty of matches. Ended up giving me a concussion. Didn’t sell it. I’m not going to let you know you did anything. I actually let it go. And then, years after that in a WWE Magazine she made a comment about. So, I was like she did know about what she did.”

Michelle McCool and Beth Phoenix took different career paths, but they are both former WWE Superstars. This is a very interesting footnote to keep in consideration. Apparently, McCool is under the impression that Beth Phoenix knew what she was doing when causing a concussion.

We’ve tracked the match down so you can watch it in the video below.

Do you think Beth Phoenix did it on purpose? Sound off in our comments section!