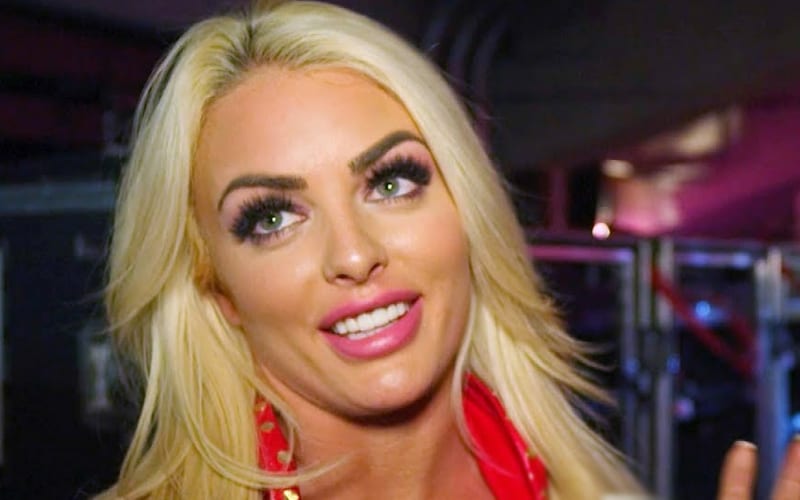 Mandy Rose commands quite a spotlight in WWE. It might make for some stiff competition that could keep some people from even trying.

SoCal Val recently tweeted out a plug for her online store, but her reply to one fan’s praise took the thread in a much different direction as Mandy Rose was brought into the conversation.

Val tweeted out a link to her store and a special offer she is running on autographs. Then a big fan of her’s tweeted in response saying: “Does anyone else think that if WWE had have been lucky enough to have Val on their books, she would have been the hottest person in the entire WWE??”

SoCal Val responded saying she wouldn’t be the hottest in WWE because Mandy Rose is around. She doesn’t need that kind of competition so it doesn’t sound like WWE is an option.

Thank you! But no. That @WWE_MandyRose is pretty flawless. I don’t need that kind of competition.

The Golden Goddess saw this tweet from SoCal Val. She responded with a “blowing a kiss” emoji and some praising hands.

You can never say never about anyone ending up in WWE. The pro wrestling world is a very unpredictable place. Odds are that SoCal Val and Mandy Rose won’t be engaged in a backstage political battle fighting for a push in WWE anytime soon.