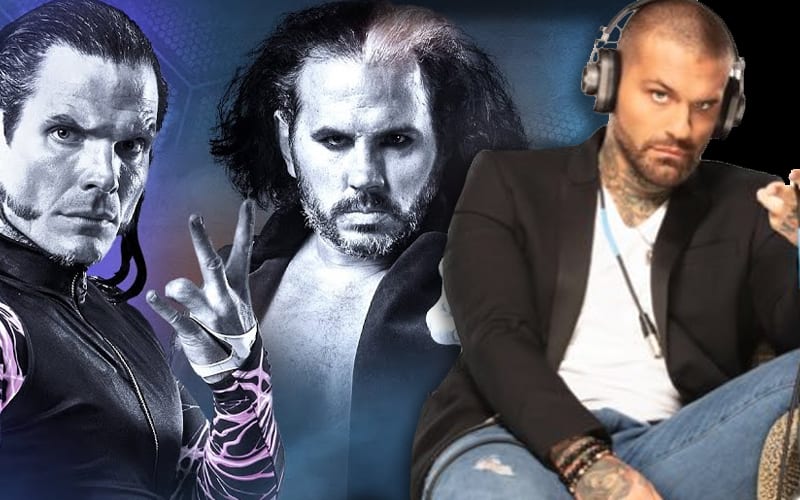 Corey Graves remembers a few famous moments in pro wrestling history. One day he will never forget came after the Hardys aired the Final Deletion match on Impact Wrestling television.

During After The Bell, Corey Graves revealed what the WWE offices were like following the Final Deletion match. Graves said he talked about the match with a lot of higher-ups in the company. A lot of them had already seen it, but Graves also noticed the excitement in the faces of those who were watching it for the first time.

“I was actually at WWE TV studios on the morning after it aired. I’m walking around talking to some of the higher ups, some of the most brilliant guys in the company. I’m like, ‘have you seen this?’ Half of them had seen it and the other half was enamored because it was just so different and so refreshing. To your point, it’s pro wrestling, it can be whatever you want it to be. I think it’s really exciting to be able to branch out a little bit like that.”

WWE eventually implemented a cinematic style, and in a lot of ways it helped save WrestleMania 36. The company might have gone a different direction with the Boneyard and Firefly Fun House matches if it weren’t for the Hardys proving that a cinematic match can work.

Do the Hardys deserve more credit for the Final Deletion match? Sound off in our comments section below!