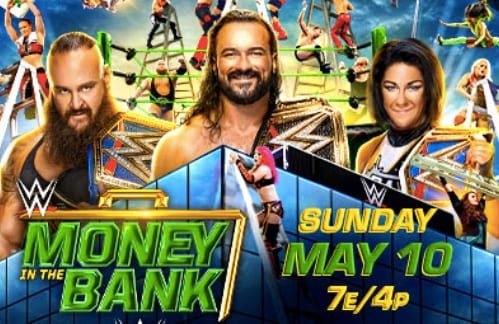 It’s safe to say that there has been a fair bit of controversy regarding WWE’s decision to push ahead with putting on shows in the midst of the current pandemic that’s sweeping the globe.

However, despite all of the red flags in their way, WWE doesn’t appear to be all too interested in slowing down – and instead, they’re ramping up as they plan to put on their annual Money in the Bank event next weekend.

If you thought they were going to be subtle when it comes to their marketing of the show, though, then think again.

“The risk is worth the reward” is WWE’s attempt at referencing the Money in the Bank ladder match, but the fact that they can’t see or understand the different connotations behind it is astounding to us.

The fact of the matter is that WWE superstars should not be made to feel like they have to fly into Florida for events right now, because they should instead be staying at home with their families.

WWE has dropped the ball on this big time, and morally speaking, it poses a dilemma for quite a few fans within the WWE Universe.