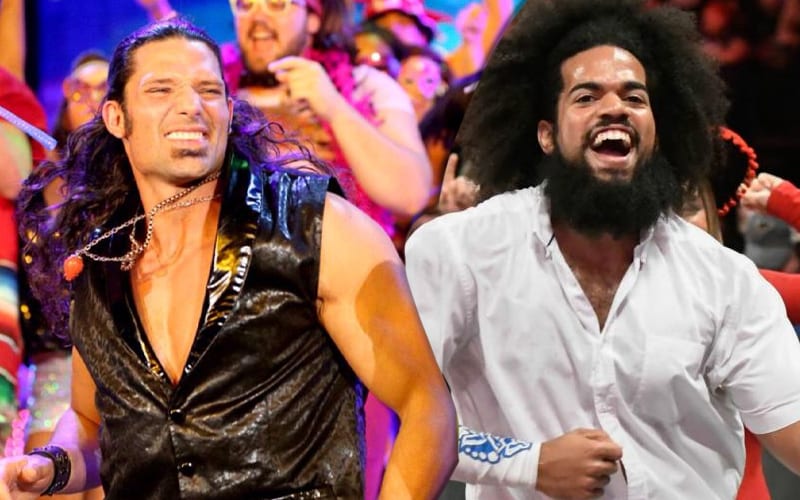 Adam Rose debuted from NXT with the Exotic Express that followed him around. His Rosebuds decided that they weren’t going to be lemons. Once upon a time, No Way Jose was a Rosebud. Eventually, Jose was leading his own line of strangely dressed fanatics to the ring with a conga line. The similarities were certainly noticed.

While speaking to Inside The Ropes, No Way Jose stated that he didn’t want to be a rip off of Adam Rose. He was once a Rosebud as well and that made him a bit apprehensive about doing a similar gimmick.

“It made me very apprehensive. First off, I wasn’t trying to knock Adam Rose because I was a Rosebud. I think I put my information online on some talent thing on their website… It wasn’t my ideal situation. I felt like with Adam and myself it was about the Rosebuds and the conga lines until he got rid of them, that’s where the focus was. In NXT, I did my entrance on my own and I got the people up and stuff and we partied; that’s what it was all about.”

Adam Rose has since retired from in-ring action, but No Way Jose is only getting started. He wants to debut more of a serious character when he steps into the indies once again. This could be an exciting time, but don’t expect to see him leading many conga lines.