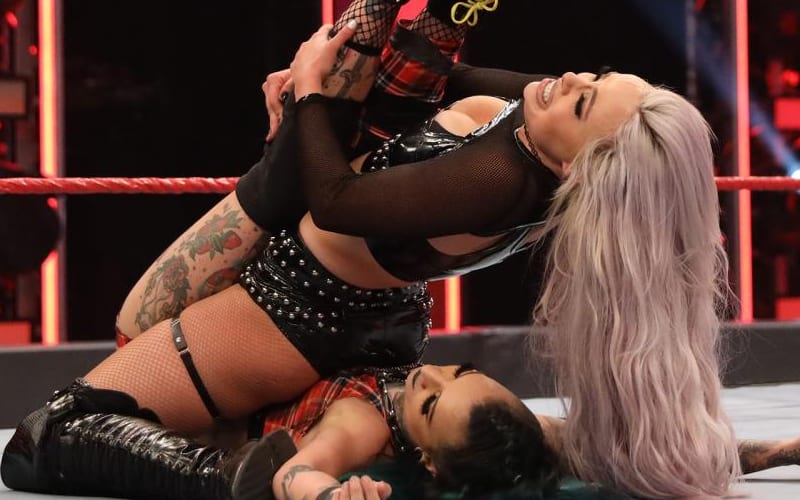 Liv Morgan took on her former Riott Squad sister Ruby Riott on WWE Raw again this week. Morgan won the match to continue her push, but it wasn’t the easiest match in the world for her.

Morgan updated her Instagram story following her match on Raw. She was sporting a scratched neck and a bruise on her forearm. There could be more damage, but it wasn’t pictured.

“All in a day’s work,” was the caption she picked for this photo. It looks like she is satisfied and has the bumps and bruises to prove it.

WWE didn’t have a ton of plans for Liv Morgan’s return. It appears they might be finally figuring something out for her to do.