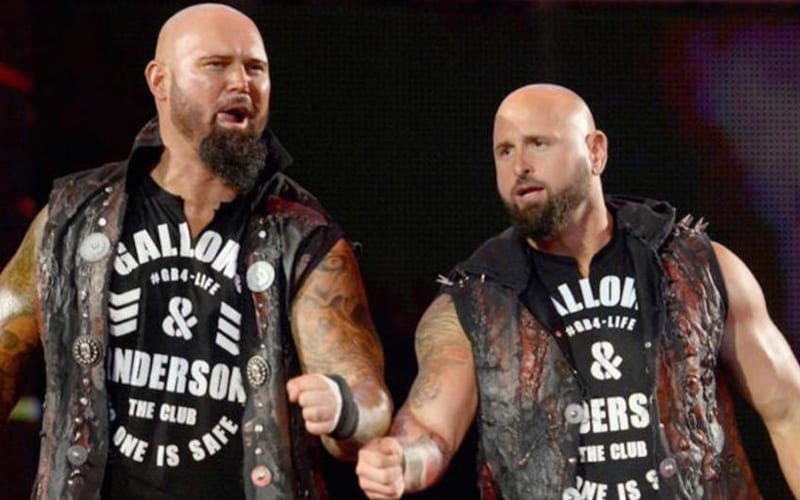 Karl Anderson was released along with so many other WWE Superstars on April 15th. This was unexpected, but he’s already making moves as the Machine Gun once again.

Karl Anderson recently uploaded a preview of his new Machine Gun gear. It’s a familiar design, but he can’t wait to rock those pants in the ring.

Heath Slater commented saying: “I like them… you wanna sell them?” Anderson replied to Slater with: “Of course, Lemme debut them first.”

It looks like Machine Gun Karl Anderson is ready to make a return. Let’s just see which company will be featuring Anderson in that new Machine Gun gear.

Where should Karl Anderson and Luke Gallows end up after their WWE release? Sound off in the comments below!