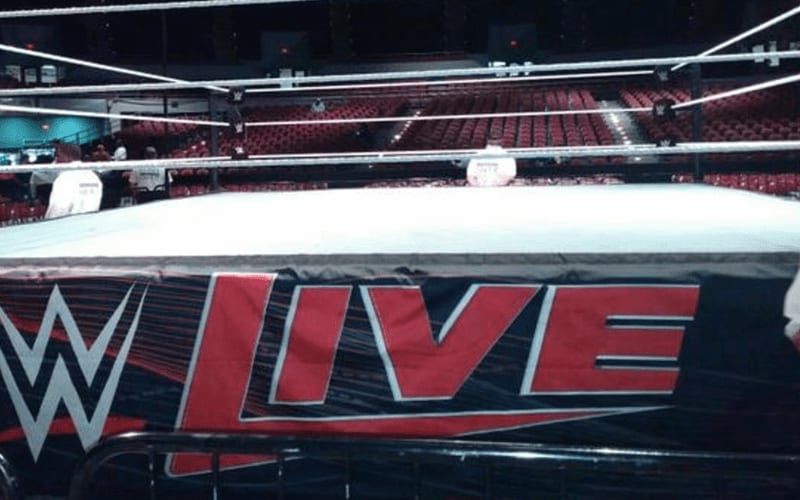 WWE had to do a lot of damage control when the novel coronavirus destroyed all hopes of maintaining a touring schedule in 2020. The company is carrying on to the best of their ability, but cutting a ton of events and employees was a part of finding a new normal.

Vince McMahon stated that WWE might not be in the live event business when the COVID-19 pandemic subsides. It could be possible that it will be a very long time until fans are comfortable squeezing into an arena regardless of local laws prohibiting it.

WWE had to cut a ton of dates coming up including a tour of New Zealand and Australia. That tour was slated for August.

The WWE live events list currently looks rather void on the official company website. The next event that hasn’t been postponed or cancelled is their July 2nd date in Osaka, Japan. It will be very surprising if WWE is allowed to do that show.

The first United States date on WWE’s website is listed for July 31st, 2020 in Fort Worth, Texas. This is listed as an episode of Friday Night SmackDown. Roman Reigns is also slated to be there. Of course, the card is always subject to change as the event could be postponed as well.

WWE currently has television tapings scheduled into July. They do not have as far as July 31st scheduled at the PC as of this writing.

Do you think we’ll see WWE live events return by the end of July? Sound off in the comments below!