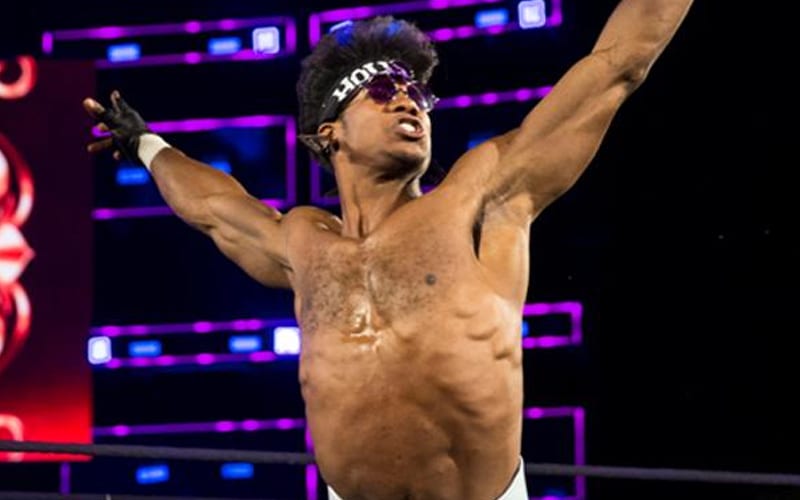 Velveteen Dream had some allegations come out about him last week that wasn’t a good look at all. It was claimed that he sent an explicit image to a number of minors. An audio clip was alleged to be sent as well. WWE seems to be carrying on with Dream as planned regardless of those accusations.

During Wrestling Observer Radio, Dave Meltzer briefly discussed Velveteen Dream. The allegations against him must not have changed his position in NXT at all. He is still #1 contender for Adam Cole’s title and getting a championship match next week.

“Velveteen Dream is clearly there for whatever it’s worth. I mean it’s, you know he wasn’t on the show tonight, but he’s supposed to wrestle Adam Cole and that was pushed pretty hard.”

Next week will see Velveteen Dream receive his NXT Title match. That contest was recorded this week, but fans will see how it all turns out next week.

Velveteen Dream denied all allegations against him. He admitted the photo was of him, but it was stolen and sent without his consent. Dream stated that a third party is looking into the matter. They must have appeased WWE with what they were able to prove.

Is Velveteen Dream is winning the NXT Title next week? Sound off in our new and improved comments section!