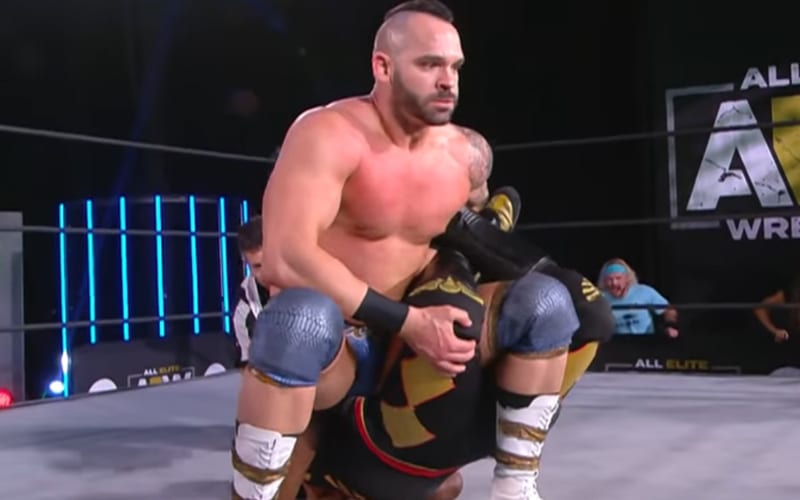 Shawn Spears debuted a new finisher on AEW Dynamite this week. He hit the C4 as usual, but then he transitioned it into a Sharpshooter to get the submission victory. Chris Jericho called attention to this move on commentary as he credited Bret Hart for the famous move.

Some fans might have had an issue with AEW’s Chariman using that move. Spears revealed on Twitter that he asked Bret Hart’s permission to use that famous move. “Go for it, it works,” was the reply he received from The Hitman.

A while back, I sent a text to @BretHart asking a question.

Tonight as @IAmJericho mentioned, I paid tribute to a Canadian ICON by winning via the #Sharpshooter

Shawn Spears will likely continue using the Sharpshooter as his finisher. It certainly did the trick on Dynamite this week.

This story also shows how much respect Spears has for Bret Hart and pro wrestling in general. He asked for Bret Hart’s blessing to use the move. There are a lot of people out there using the Sharpshooter who probably never received the same permission.

What do you think about Shawn Spears’ new Sharpshooter finisher? Sound off in the comments below!