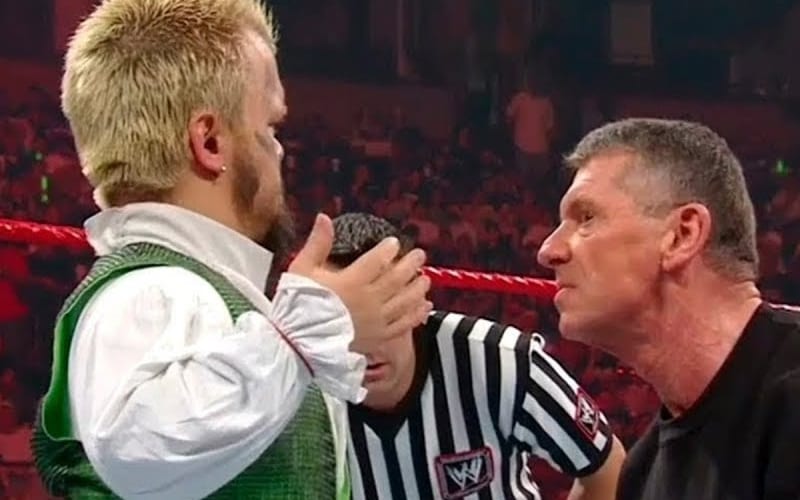 Back in the day lots of strange things happened in WWE on a week to week basis – and some will argue that strange things continue to happen with each and every passing show.

One man who was at the heart of that was none other than writer Brian Gewirtz, who many fans will know due to his association with The Rock.

As it turns out, though, Brian isn’t afraid to lift the lid on some storyline pitches from years gone by.

Brian recently took to Twitter and revealed plans that were pitched for Vince McMahon to actually murder the Hornswoggle character on television.

The whole Vince McMahon & Hornswoggle angle was as weird as we all can imagine it to be but such is the nature of WWE programming.

It always did feel like Hornswoggle was the answer to so many questions we didn’t even ask, with WWE booking themselves into a corner on multiple occasions with him. Still, he had his moments, even if the storyline with Vince made no real sense at all.