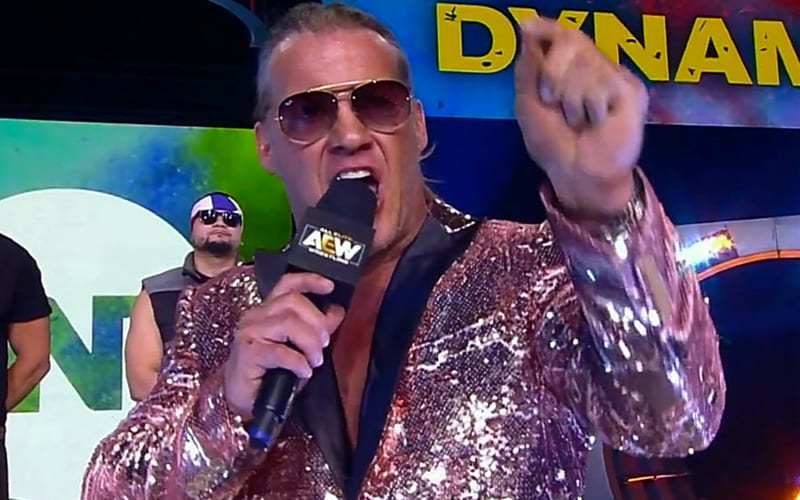 WCW was involved with some questionable decisions, but this one was especially interesting. All WCW action figures were labeled with specific UPC bar codes. Royalty checks were determined by how many figures someone sold. Strangely enough, Sting and Hulk Hogan got huge royalty checks because a majority of WCW double packs that went out all rang up as The Hulkster and The Stinger.

While speaking to Major Wrestling Figure podcast, Jericho discussed how his girlfriend trying to buy his first pro wrestling action figure led to a discovery that resulted in a much larger revelation. His money was going somewhere other than his own pockets.

“When I was in WCW, that was my first action figure. The first one was a set with Dean Malenko. My girlfriend at the time found one and bought it at WalMart or wherever. On the receipt, it didn’t say Malenko-Jericho, it said Hogan-Sting. That’s when I realized every single action figure sold at that time, maybe not across the world, but in that store, was attributed to Hogan. I was told that’s impossible, but I have the receipt.”

Jericho also stated that there was a time when he received a check for $0.00 from his employer. It shouldn’t have been like that because he was selling action figures, but he wasn’t getting credit for them.

“I got a royalty check from WCW once for zero dollars and zero cents. In a Fed-Ex!”

Chris Jericho gets plenty of royalty checks in the mail at this point. Some of them are larger than others, but I doubt he’s getting any $0.00 payments FedEx-ed to him anymore.