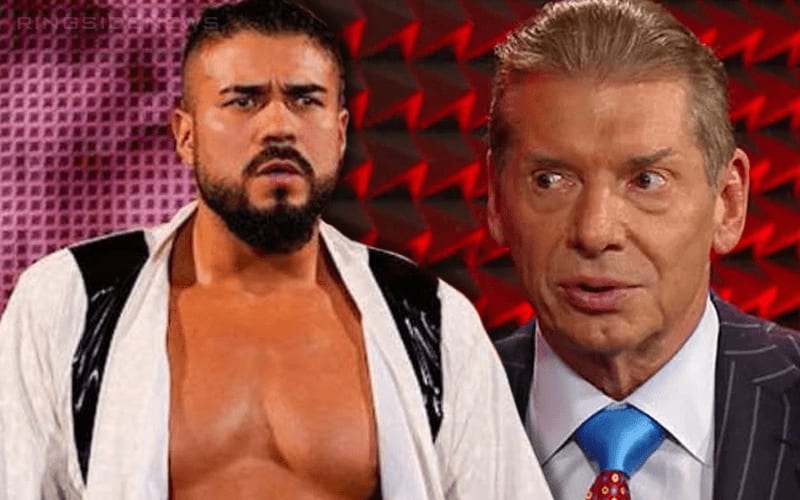 Andrade wants to become the best WWE Superstar he can be. One backstage story about Andrade’s drive is now apparently being refuted by the man himself.

According to Fightful, El Idolo reportedly asked Mr. McMahon “what he could do to improve his position, and was told to learn English, so he has been.” Charlotte Flair has been reportedly helping him out a lot in that.

Andrade is saying that didn’t happen. A report translated from Spanish to English from Super Luchas reads:

In the morning of this day, we informed them about a report by the journalist Sean Ross Sapp of Fightful, who assured that Mr. Vince McMahon had recently met with Andrade, when the Mexican allegedly went to speak to him along with his fiancee Charlotte Flair, to ask [McMahon] to put him in a top position on the company poster. However, Andrade, faithful reader of us and friend of the house, denied the news given by Ross Sapp .

Andrade has received a much better position on the roster in recent weeks. The empty Performance Center Shows have heavily featured Andrade and his entire stable of heels led by Zelina Vega.

We’ll have to see what’s next for El Idolo in WWE. He is getting better at English, but it might not be due to asking McMahon what he should do to get that push.

Is Andrade a future WWE Champion? Sound off in the comments below!