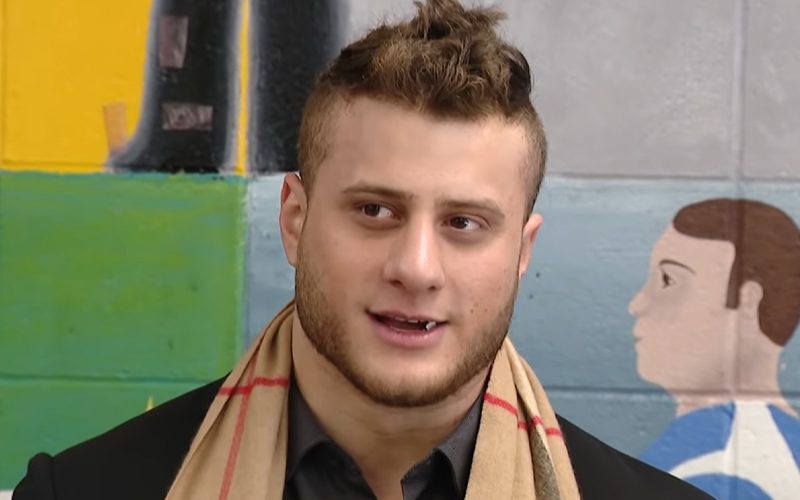 MJF might play a bad guy on television, but he has a soft spot for people who want to become pro wrestlers. The Salt Of The Earth recently offered to pay for a fan’s pro wrestling training and more… so he can cripple him in front of his family at a later date.

Friedman received a tweet from a fan who sounded up in arms about the fact that MJF exists. He said: “you’re a little bitch and I’d happily learn wrestling right now just to f*ck you up. I’m sorry that your upbringing made you the way you are, but I’ll give you a reality check real quick lil guy. Same height same age, I don’t need training to drop you in your own trade.”

The idea of facing this fan in the ring was suddenly very appealing for MJF. He responded saying that he’s willing to fork over a lot of money to have a crack at making this guy suffer in the ring.

I will literally pay for your wrestling training.

Pay for your gym membership.

Pay for your nutritionist.

And Pay for your fight camp, just to cripple you in front of your loved ones.

Let’s see if this fan takes MJF up on his offer and actually enrolls in a pro wrestling school.

MJF is currently dealing with an awful hangnail that nearly took his life. Our thoughts and prayers are with MJF during this time as he struggles to make it back to the ring. In all reality, he couldn’t make it down to Georgia for the television taping from the New York area, but the hangnail angle is pretty great.

Who is the best heel in pro wrestling? Is it MJF? Sound off in the comments below!