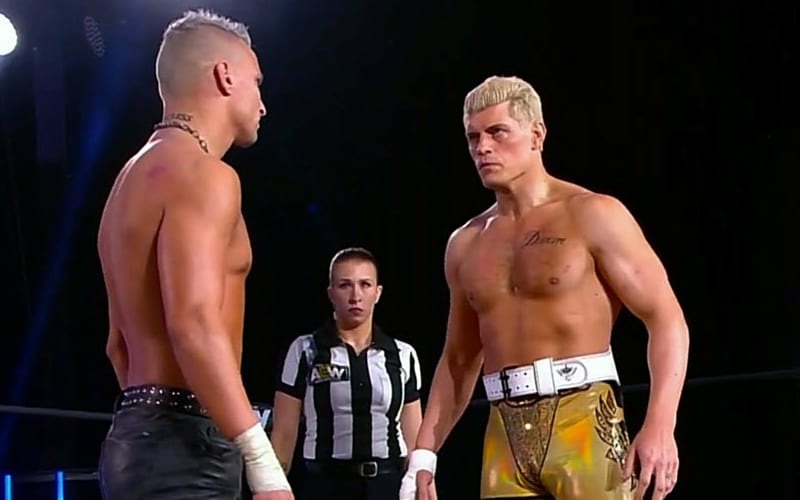 AEW needed to figure out a lot of things and they didn’t have much time. Thankfully, Tony Khan is very good at working under pressure.

PW Insider reports that the word going around is that Tony Khan wrote a lot of content very quickly. When it was decided that certain parts of the country were being shut out for AEW’s tapings, Khan got to writing.

TK figured out who he had available and wrote a series of shows revolving around the TNT Championship Tournament. It took him a few minutes to get it done.

The word making the rounds is that Khan, realizing that he was going to have a very small crew due to shut-in rulings around the country, sat down and wrote the last four weeks of TV on the fly at once by himself in a matter of minutes, built around the TNT Championship tournament and the local talents that were available.

It was reported that this was a “trial by fire” moment as Tony Khan had to quickly improvise their plans. They had to pull off a lot of matches with a very small talent pool. Thankfully, they pulled it off.

AEW will return to live television next week. There are some big things planned. All Elite Wrestling was able to pull off an impressive run of shows from QT Marshall’s gym, especially considering the conditions they had to work with.