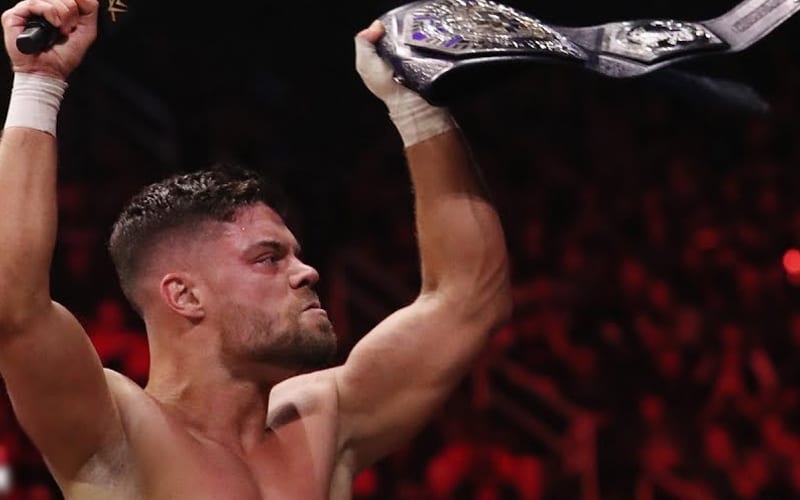 Jordan Devlin was stripped of the NXT Cruiserweight Title because he is unable to make it back to the United States. The Irish Ace is now watching a tournament take place to crown an interim champion and he’s not happy about it at all.

Devlin said he’s been watching the tournament so far. He then offered to sign the new champion’s “replica title” whenever a winner is crowned. He called this tournament the “ultimate sham.” Obviously, he intends on eventually taking on the interim champion.

Been watching the #nxtINTERIMcruiserweight Championship tourney & I’ve gotta say, some great heart on display. Lads fighting for their professional lives.

Who will be crowned the ultimate sham? Who’s gonna want the REAL Cruiserweight Champ to sign their replica title?

Jordan Devlin might have the actual NXT Cruiserweight Title in his possession. WWE often gives their Champions the title to take home. Nobody saw a global pandemic causing a problem with Devlin making it back before it was too late.

Do you think Jordan Devlin will return to reclaim the NXT Cruiserweight Title? Sound off in our comments section below!