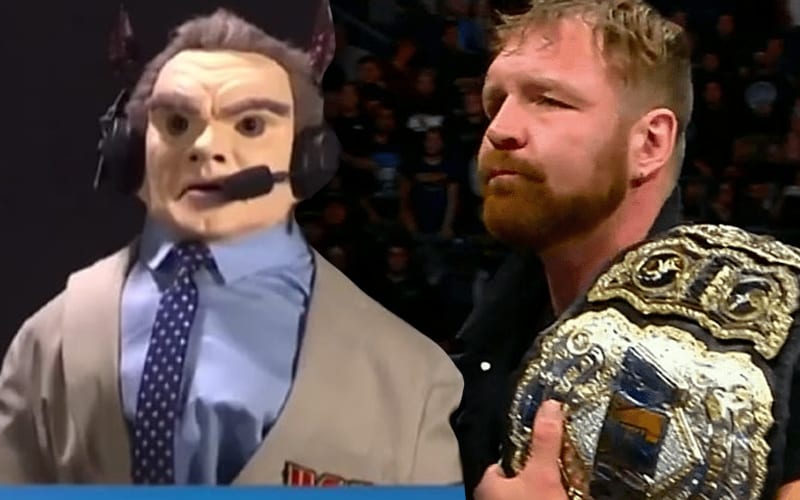 When Jon Moxley left WWE he appeared on Chris Jericho’s podcast where he dropped a ton of information in a famous podcast. He said that Vince McMahon will often fire back saying something is “good sh*t pal” whenever someone doesn’t like a pitch he’s giving. That line made its way into WrestleMania.

While speaking to the New York Post, Jon Moxley was asked about the Vince McMahon puppet dropping the “that’s good sh*t” line in the middle of the Firefly Fun House match in WrestleMania 36.

Mox popped for the line. Obviously, he knew the reference well. At this point, it’s taken on a new life of its own as the “that’s good sh*t” line is even on WWE merchandise now.

I kind of popped for it, honestly. I thought it was pretty funny. But it’s like, I think I might have popularized that or made it into a pop culture thing, but everybody knows that’s what he says. He’s been saying that for decades. People who were probably doing Vince McMahon impressions have been saying ‘that’s good s–t’ before I even got into wrestling.

Jon Moxley and Bray Wyatt were friendly in WWE. It’s very likely that line found its way in there after a suggestion from the Eater Of Worlds. It really doesn’t matter who pitched it, because the idea worked and it created a WrestleMania moment that Jon Moxley certainly will never forget.

What did you think about the Firefly Fun House match? Are you ready for another one? Sound off in our new and improved comments section below!