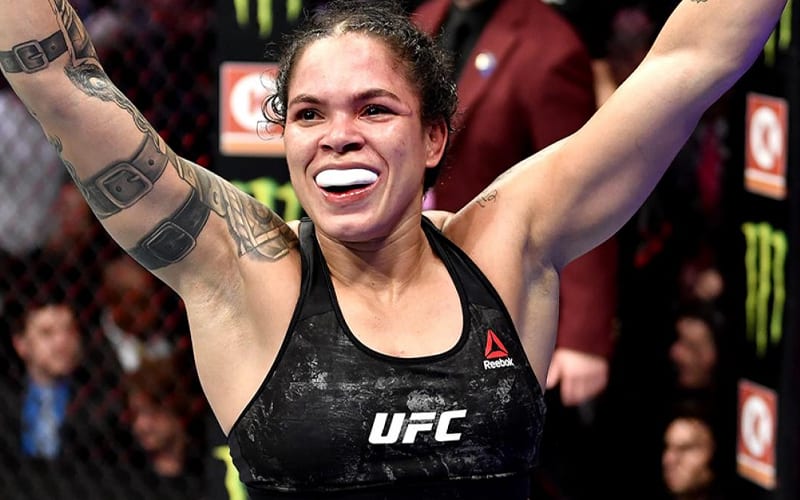 WWE has welcomed plenty of cross-over athletes in the past and there could be room for one more. UFC Women’s Featherweight Championship Amanda Nunes is open to the possibility of exploring a run in WWE following her UFC career.

Sports Illustrated recently contacted Nunes following a very interesting Instagram post. Amanda Nues posted a video from a 2015 fight she had with Shayna Baszler. She didn’t seem to give any direct reason for that post, but it was a great moment in her career.

“It was huge moment in my career. It’s not about showing people that I hurt her. It’s a reminder to me about believing in my coach. My coach at the time wanted me to drop her with the leg kick and that’s what happened.”

They asked Nunes if she might be interested in a run with WWE. She didn’t shut down the idea, but it will have to wait.

“Not right now, but maybe later when I retire. I’m open to it. Why not? I could try something new.”

UFC 249 on May 9th was supposed to be Amanda Nunes’ next fight. That’s not happening now. She wants to devote an actual training camp to the fight and the current COVID-19 pandemic restricts that from being a possibility.

Do you think Amanda Nunes would do well in WWE? Sound off in the comments below!