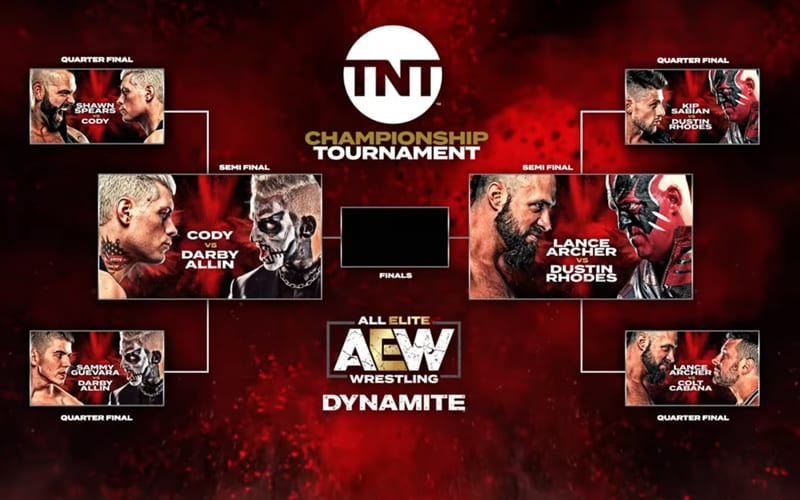 AEW brings another show full of fresh content to TNT this week. Tony Khan promised that this week’s episode will be the best pro wrestling show in months. Let’s see what they have in store.

Cody will take on Darby Allin in the semi-finals of the TNT Championship Tournament. Those two have quite a history together so they will likely pull off a great match.

Lance Archer vs Dustin Rhodes will go down as the TNT Championship Tournament continues. Both of those heavy-hitters want to progress in the tournament.

Kip Sabian & Jimmy Havoc will take on The Best Friends in a No DQ/ No count out match. We have to wonder what this match has in store.

AEW World Champion Jon Moxley will also have a chance to speak his mind on Dynamite this week.

Brodie Lee will also take on Marko Stunt. Odds are Stunt won’t have the best time in that contest. Tony Schiavone and Chris Jericho will be on commentary yet again this week.