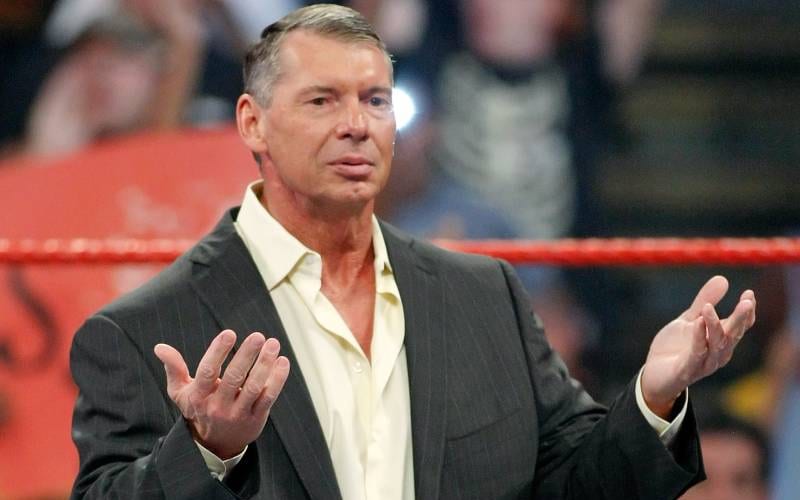 Vince McMahon lives in his own WWE bubble. His life revolves around the company which presented several problems in recent months. The real world’s issues crept into WWE’s way and caused a huge change of plans.

McMahon was reportedly aggravated that WrestleMania was changed due to COVID-19. WWE was able to keep their show on the air and they haven’t missed a week of fresh content.

Triple H discussed Vince McMahon’s reaction to the novel coronavirus. It all happened so fast, but NXT had luckily just used to WWE Performance Center on March 11th. That proved they could do a full show from their Orlando home. By March 13th, WWE was in the Performance Center full time.

Reports have comes out that Vince McMahon has more of a “screw it” attitude than ever. Ringside News has learned that McMahon is no more “screw it” than usual.

“He’s had a screw it attitude for decades,” we were told. “It’s the same as saying he’s still the father of Shane and Stephanie.”

Vince McMahon is focused on keeping WWE’s television tapings running, and maintaining the company during this uncertain time. There are a lot of questions to be answered, and nobody can predict the future. Vince McMahon is still grinding just as hard as ever.

Stories about Vince McMahon’s demanding presence are legendary. He has a certain way of doing things. The old saying goes that if McMahon could do every job in the company himself he would.

The situation might be different as everyone adjusts to a new normal, but Vince McMahon has the same “screw it” attitude as always.