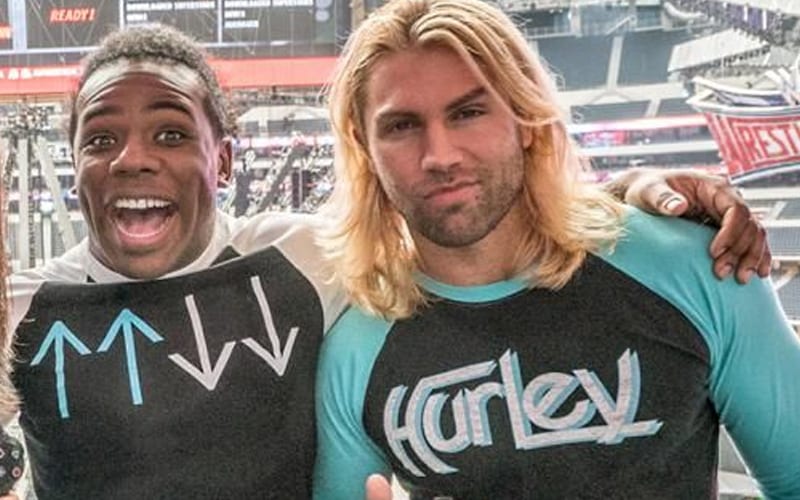 Xavier Woods has been fortunate enough to be a part of some memorable WWE moments. He was also involve in the creation of a WWE Superstar’s character that some might not realize.

During The New Day: Feel The Power, Woods explained how he started making videos with Tyler Breeze as they edited together promos. The two dropped a lot of money trying to get a stable off the ground. He also spoke about a time when he had to take action because Tyler Breeze was on the chopping block.

Xavier Woods said that he went over to Tyler Breeze’s house and they spend 48 hours cutting together videos of different character pitches.

Prince Pretty weighed in after Woods said out of all the characters he did “the funniest one was Tyler Breeze.” Both Woods and Breeze tried out that character. They were convinced that WWE wouldn’t accept it because they liked it too much.

“What’s funny is we both did it (the Tyler Breeze character) and we laughed our asses of and went, ‘there’s no way that this one works, we like it too much.’ Then that was the only one they did like.”

Tyler Breeze received his character a short time later and he hasn’t left that persona yet in WWE. Breeze’s character has evolved a bit over the years, but all Superstars need to change a bit to keep their character fresh.

Interestingly enough, Cesaro was also credited for saving Tyler Breeze’s job in WWE because of the way Prince Pretty sold his brutal uppercut.

Thankfully, WWE liked the Tyler Breeze character and the rest is history.