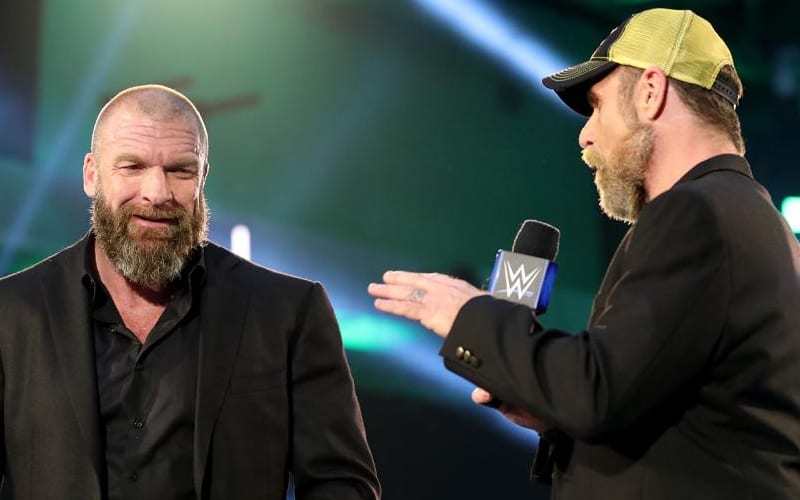 WWE celebrated Triple H’s 25-year career with a series of special segments in the last week. The closing segment of Friday Night SmackDown was certainly an interesting ode to The Game.

Triple H and Shawn Michaels had the best time they could to celebrate The King Of King’s 25th anniversary in WWE. Vince McMahon also had a lot of fun telling his son-in-law how much the segment sucked before shutting it down.

“It started out as a comedy segment, but the only people who knew about it (was supposed to be funny) were Hunter and I. That whole ‘social distancing’ joke — my daughter — that’s he’s. I came home from NXT and I came in for my usual evening hug and she’s like [face palm]. Hey.”

“So I’ve been quarantine for fourteen days so I could do that joke.”

HBK said that they had a lot of entertaining things planned, but it hit the cutting room floor. He didn’t throw anyone under the bus, but cuts to jokes were made.

“I don’t wanna throw anyone under the bus, but there was a lot more amusing stuff there, but some people just didn’t want it to be there.”

Shawn Michaels said that whenever he’s with Triple H on screen there is a chemistry there. They were able to make it work. Vince McMahon still made it very clear what he thought.

What was your favorite part of the Triple H 25th Anniversary celebration? Sound off in our comments section below!