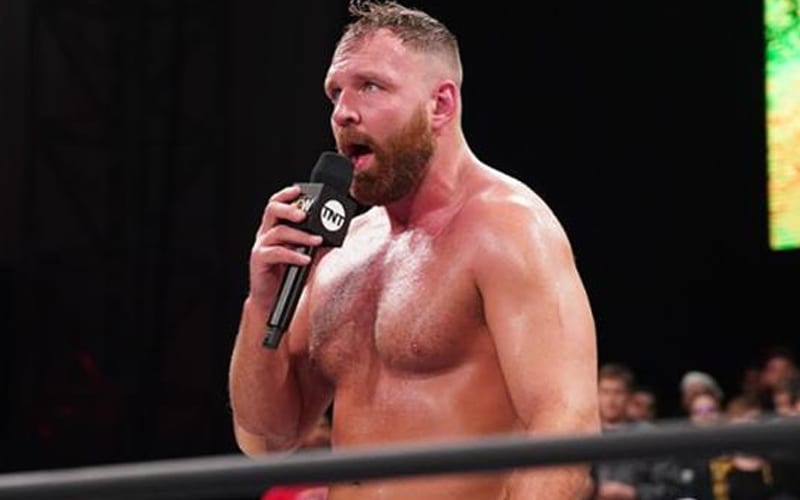 Jon Moxley left WWE and it didn’t take him long to become a top champion in AEW. He knows how each company works, and the former Dean Ambrose seems very happy with his decision. AEW is a much younger company headed by Tony Khan whereas Vince McMahon has operated WWE to his liking for decades.

While speaking to PW Insider, Jon Moxley was asked about the differences between working with Vince McMahon and Tony Khan. Moxley went on to explain how they are different to deal with. He also described how pitching ideas is vastly different between the two.

He’s really good dude, man. I think he’s a friend to a most everybody in the roster. Real easy and approachable, and not in a bad way. A lot of people probably at first wanted to be like, oh, he wants to hang out with the wrestlers.

He’s just going to be one of those too friendly with the boys type guys. But he’s not that at all. I mean, right now he’s worked in analytics for the NFL draft and doing all this other business stuff.  I mean, he’s a really smart guy. He grew up in that family where they have this empire. So he’s got a lot of business sense.

[Khan] is business savvy, but also just an incredibly passionate wrestling fan. He’s so easy to get excited, if I go up like, “Dude, I got this idea. What if we did this?” And he’d be like, “Dude, that’s awesome. What if we did this then? And then we can do that.” And he’ll get all excited like a little kid. And I’ll be like, “Hold on, tone it down. Tone it down.” Which is cool. You want that.

Whereas sometimes, I come in and talk to Vince and I’m all excited. I’m like, “Dude, okay, here we go. We’re going to do this, this, this. Then this. Then we do this on Raw. And then on pay-per-view this. What do you think?” And it’s like talking to a door. Dude, hello, I’m giving you awesome. They’re like, nope. We’re just going to do the same old crap we always do. I’m like, whatever. But yeah, it’s a real good experience where I am. He’s an honest dude. He’s not a carny, and even though he’s business savvy, he’s not like a shark. He’s just an honest, straightforward, good dude.

Jon Moxley is certainly having his ideas heard much more in AEW. He’s also not sold on poor ideas while being told that “it’s good sh*t, pal!”

Moxley didn’t have anything directly negative to say about Vince McMahon, but it’s much easier to talk to Tony Khan than The Chairman of WWE.

Will Jon Moxley ever return to WWE? Sound off in the comments below!