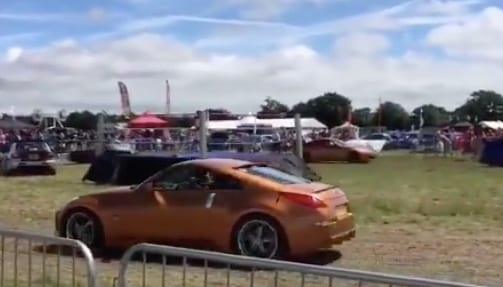 The independent scene is known for being the birthing ground for so many top stars that currently residing on the main roster in WWE.

Alas, while the indie movement may seem like one of the best things going in professional wrestling, it hasn’t exactly always been the most glamorous of environments.

If you needed proof of that, then look no further than James Drake’s revelation of a show he wrestled at back in the day.

Honestly, this looks more like something out of Fast & Furious than a wrestling show – and we love that.

Toni Storm, James Mason and Kay Lee Ray are all great talents in their own right, and while Storm and KLR are in the NXT UK mix too, Mason is more of an unknown entity to those outside of the United Kingdom.

However, if it wasn’t for Mason, the UK scene wouldn’t be nearly as strong as it is today.