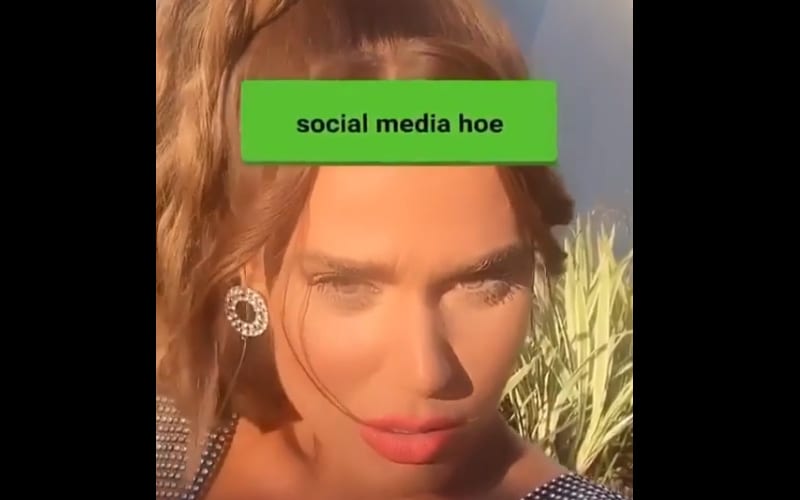 Lana loves to spend time on social media. Instagram is a popular destination for a lot of people and Lana is no stranger to posting pictures and making top thirst trap lists.

The Ravishing Russian recently played a game on Instagram where she had to guess the gibberish. Her messed up phrase was “Soul Shell Meet Dia Who.” She didn’t figure it out in time.

When the phrase was revealed to be “Social Media Hoe,” she still didn’t seem to understand the context. It might take someone explaining this one to her.

This was gibberish phrase was not given to Lana on purpose. It was randomly generated, but it’s still an incredibly ironic video to watch.