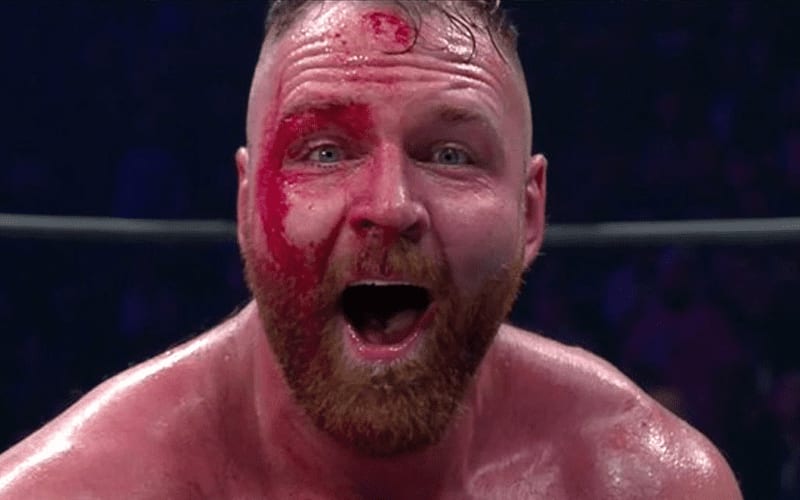 Jon Moxley’s upcoming film The Cagefighter will star Moxley as an MMA fighter. He had to learn some useful tools in order to get ready for that film. Some of those skills might find their way to the pro wrestling ring.

While speaking to Uproxx, Jon Moxley revealed the special MMA training he went through. He wanted to be in much better shape for the film, but unexpected circumstances like an injury got in the way.

Moxley was able to get ready in time for the movie, and he commented that they can give him a ripped physique in post production. He also learned how to throw MMA kicks which could find their way into an AEW ring eventually

“Yeah, I planned on coming into this in the absolute best shape of my life, trying to look like Clubber Lang in Rocky III and Thunderlips in Rocky II or whatever it was. But I ended up having surgery and getting hurt, so I didn’t train like I wanted to, so I came in not in actual peak, peak shape for a role like this… I barely made the window for where I could do the movie. I thought I was going to have to pull out of it for a minute. So I’m hoping that somebody with Photoshop or some kind of special effects could make me look a little more jacked than I actually am in real life in the movie.”

“I did a lot of hard work with Alex [Montagnani] who plays Reiss in the movie. He was originally the fight coordinator. He put the original fights together, which is a whole other art in itself, fight coordinating. For me, it’s fun, it’s not even like work, really. That’s the funnest part of movies is putting together these fight scenes and doing them; it’s kind of like playing around when you’re a kid. You think what the character would do, like “How would this character throw a punch?”

For example, I had been working my ass off at – I’m not good at throwing kicks. That’s not really my thing. So I’d been working my ass off trying to perfect techniques for throwing legs kicks, body kicks and I think got pretty good at it, and then once we’re putting the fight together… it was like “Well, this guy wouldn’t throw kicks.” My character’s more of a rough-house brawler, not necessarily going to have perfect technique kind of guy, just swinging for the fences, which is going to heighten my lack of skill in that department. So I was like, “Damn, I worked on them kicks for nothing.” But maybe I’ll bust them out in pro wrestling. You always kind of learn something by picking it up along the way. That’s what’s cool about this movie is it just kind of blends all my interests together.

The first pictures from Jon Moxley’s Cagefighter movie look exciting. He was also pretty banged up so his character likely takes a beating. It seems that he added to his pro wrestling move set as well.

Do you want to see Jon Moxley throw MMA kicks during his matches? Sound off in our comments section!