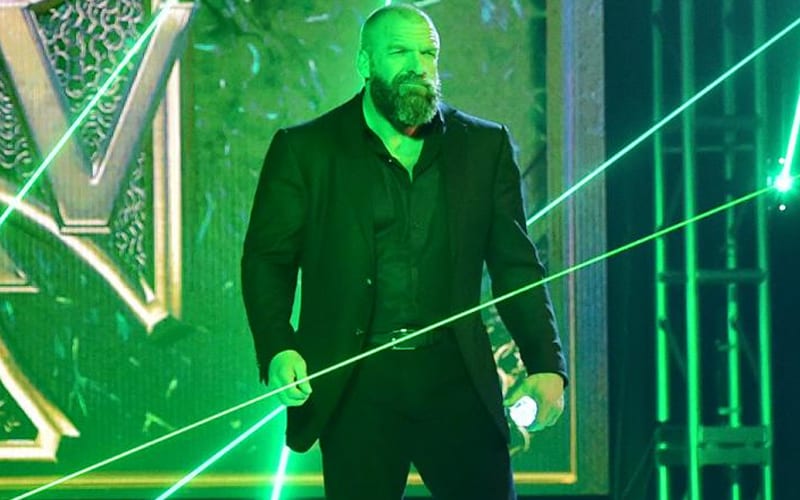 WWE asked fans what their favorite part of the Triple H 25th Anniversary Celebration was. There were four options to choose from and one of them was meant to be a joke. WWE fans usually never turn down a chance to have a good time.

WWE might have included that HBK option as a joke, but it is currently winning as of this writing. 34% of fans decided that they preferred something that didn’t happen over Triple H’s segment on SmackDown. 32% of fans decided that “Mr. McMahon shutting down the party” was their favorite part.

WWE actually edited Mr. McMahon’s speech on SmackDown considerably. Maybe the company didn’t need to give 20 minutes to the segment in the first place. The overnight numbers were pretty telling as they lost a ton of viewers as well.

What was your favorite part of the Triple H 25th Anniversary Celebration? Sound off in the comments below!