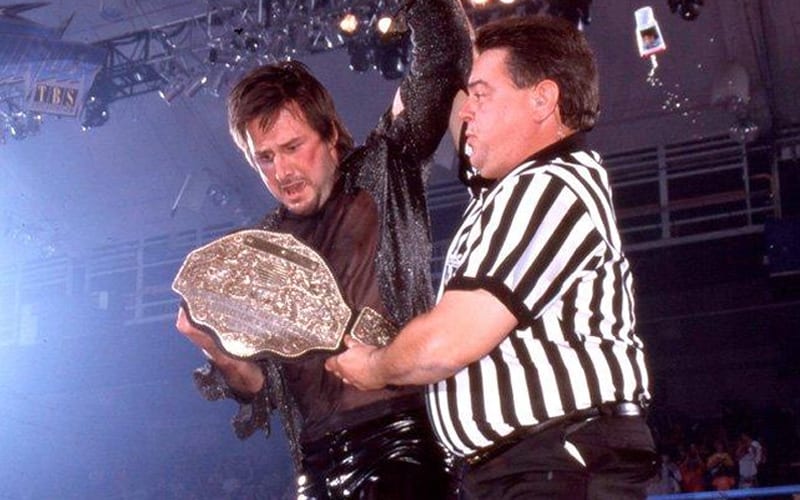 David Arquette won the WCW World Heavyweight Championship twenty years ago today. This idea created by Vince Russo stands out as one of the most infamous pieces of WCW booking. This was a night that a lot of people remember.

WWE On FOX sent out a tweet to celebrate the 20 year anniversary of Arquette’s title win. Lance Storm felt like this tweet needed a bit of clarification as he responded.

Should probably add he pinned Eric in a tag team match to win the World title from his own tag partner, celebrates with him despite just losing the world title. To be the man, you’ve got to beat the…. oh never mind

David Arquette didn’t want the World Title, but he wore it with pride. He donated all of his WCW earnings to Darren Drozdov and to the families of Owen Hart and Brian Pillman.

Hindsight is often 20/20 and it’s clear to see that booking David Arquette to win WCW’s top title wasn’t the best decision at the time. It is definitely something that fans are still talking about today. In a way, that bold Russo booking decision is still paying off.